No Hands but Ours: Attachment Through the Years

Recently, online champions of adoption No Hands But Ours featured our story as it pertains to: Attachment Through the Years. Check it out here, alongside similar stories, or read on…

It’s been four and a half years since we first met our son in China.

Sometimes that feels like a split-second ago… I freshly recall the nervous, excited electricity passing between four interlocked sets of hands; silent, reminding ourselves to breathe as we filed into an unremarkable government building amid a foreign grid of endless concrete.

More often, though, it feels like a past life. As with our two daughters before him, we strain to picture life prior to our son’s arrival… The years we clung together, pining for an addition and later fawning over a fuzzy photograph, diligently chipping away at a seemingly insurmountable mountain of paperwork.

Ours was uniquely formed, but I promise it feels like any ordinary family… We read and re-read the same stories on repeat at bedtime; launder, fold, and dirty the same socks over and over, squabble ad nauseam over seats in the car; purchase and prepare the same groceries in bulk. We tease, we nag, and we rush, late, to church each and every Sunday.

We are attached, bonded; undisputedly a unit forged by time and deliberate effort.

That effort looked like quieting the noise as we prepared for our son’s arrival. Hunkering down and pulling in, we chose to move to another state as we began the arduous process of international adoption. We nested, simplifying and streamlining our busy lives to create room in our home and hearts for another family member. Our home became quieter, the pace slow and serene; social obligations were minimal, our calendar blissfully clear.

For us, it was helpful to pull our daughters from traditional school and home-educate in preparation for so monumental a transition. This also allowed us to easily bring them along to China for a month to complete the adoption in-country—which in turn gave us a huge head start on attachment as a family unit. I would even venture to say that our kids bonded together first, as a trio, and that our daughters helped bridge the gap to our son as strangers became acquainted.

Back home together in the States, we intentionally kept our world quite small. Attachment looked like toting our son around in a backpack each day, like a pack of koalas. Because he’d never been alone in a room in his life prior we kept him close ‘round the clock, converting a small office alcove in our master bedroom into his “room” for the first year—and more often than not he toddled from his own bed to climb into ours and sleep between us. He was used to propping his own bottles, but we coaxed him into regressing, allowing us to hold them to foster trust by way of close proximity and eye contact. Finger foods were instead hand-spooned, which the experts promised would help establish our roles as his primary providers. I joined a local support group for moms like myself, in various stages of the adoption and foster care process, which was wonderfully beneficial for our preparation and ongoing education.

I was grateful that our simplified lifestyle also afforded me the luxury of staying home with our children at the time. The rhythms of our days were predictable and constant, punctuated by Daddy’s drive to and from the office. For respite we enjoyed a standing weekly date-night, provided by our daughters’ regular church activity, though initially rather than leave our son in childcare he tagged along as a third wheel. We were hesitant to leave him at any time, fearful of undoing hard-won trust— careful instead to take turns escaping for a breather— particularly mindful of leaving him in places that closely resembled an orphanage (like church childcare). When we did finally hire an occasional babysitter it was a trusted neighbor whom we often spent time with as a family unit, and even then we never left our son without his sisters.

We’ve since returned to our home state, put down roots near extended family, back in the bustle of near-constant activity. We’re in a different season, raising big kids with big lives who need rides hither and yon on a daily basis. Still, our son thrives with a solid routine, with foreknowledge of what to expect on the schedule he’s remarkably adaptable– we fondly liken him to a little old man in a little boy’s body.

Nowadays we speak freely of birth-family, we reminisce about China and our first weeks as a family of five, we frequently look through photographs and talk about adoption. We’re aiming to raise a proud and confident American immigrant, and we are proud of how God has formed our unique yet ordinary family. 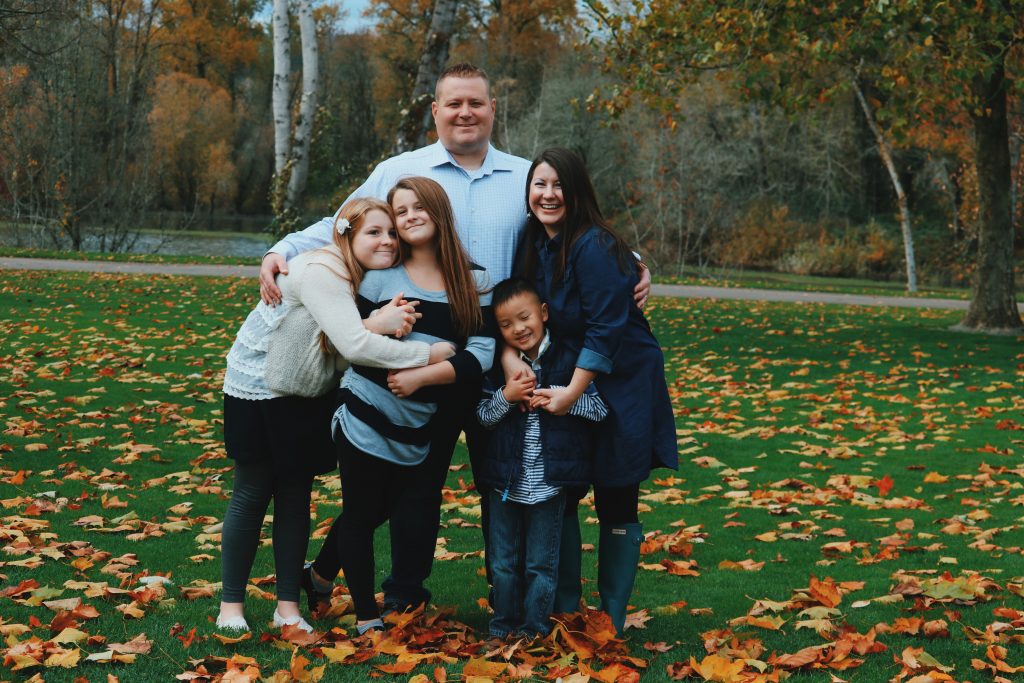 Thank you, No Hands but Ours, for featuring our ordinary family and for the important work you do in advocating for children and adoption. 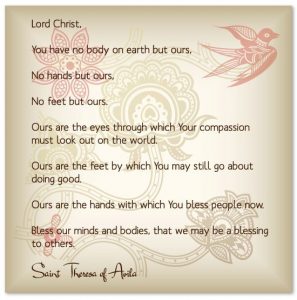 What to Read in the Car While Waiting for Kids 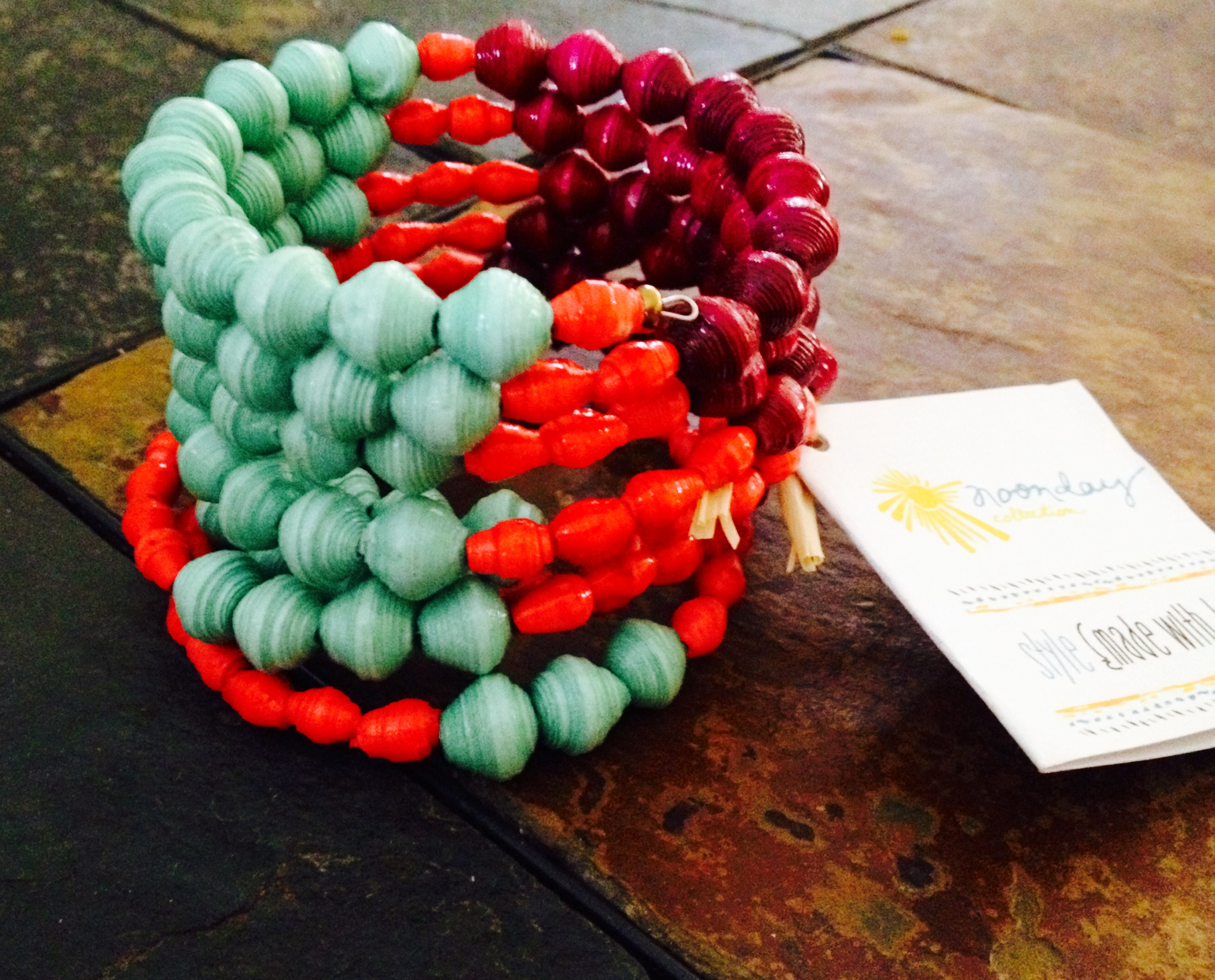 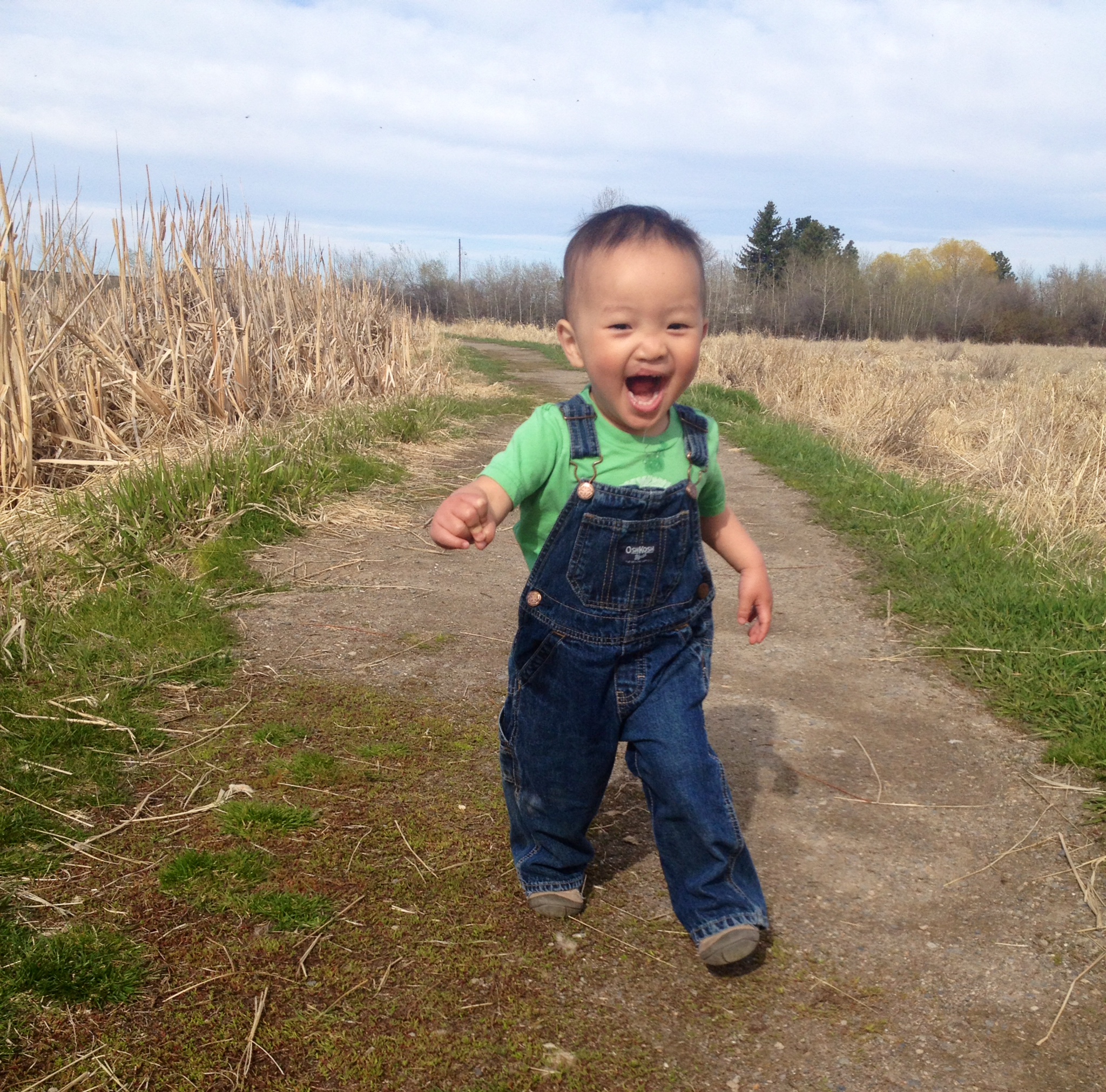 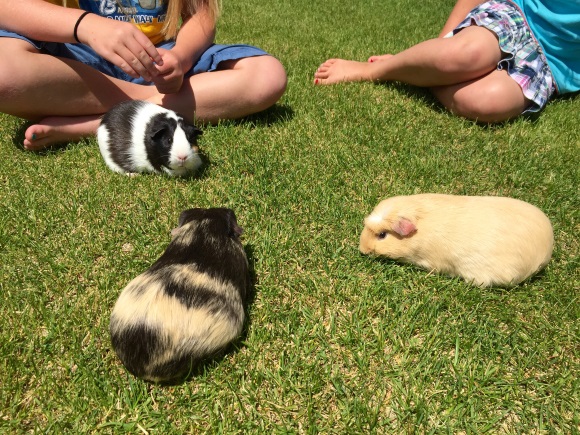