Yesterday I busted the girls literally fighting over Halloween candy… 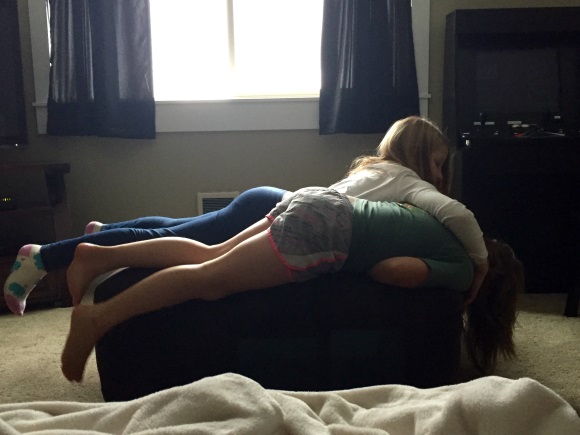 … so I levied a hefty “mommy tax“, confiscating the remaining Snickers and Milky Ways for use in a Thanksgiving dessert. (see recipe below) 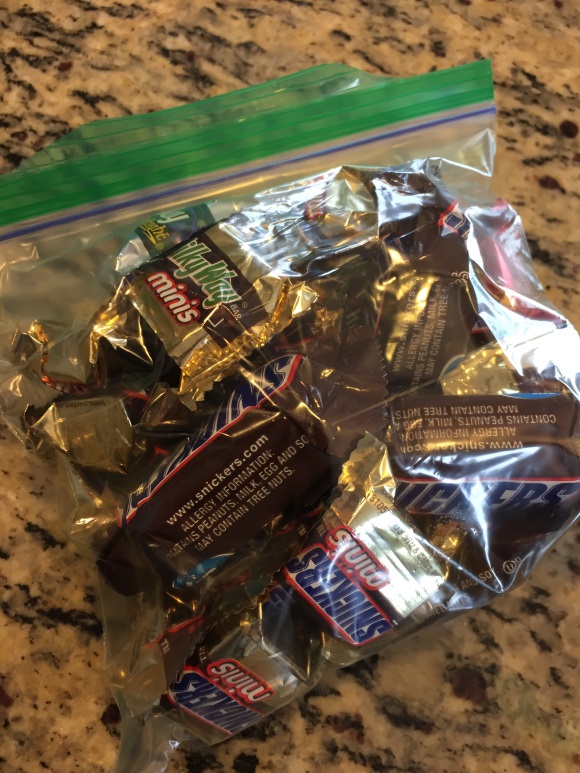 We also pillaged their stash for use as candy organelles on their edible cell model– the girls have started on a new Anatomy & Physiology science curriculum for the year. 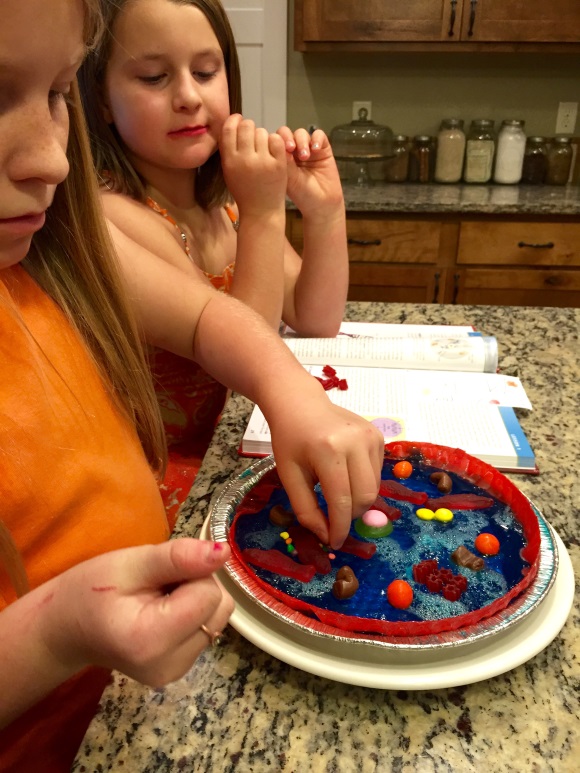 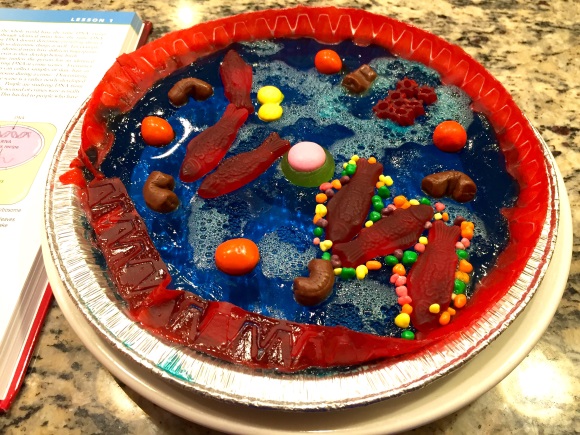 While we were at it, we made an edible pizza cell for dinner… 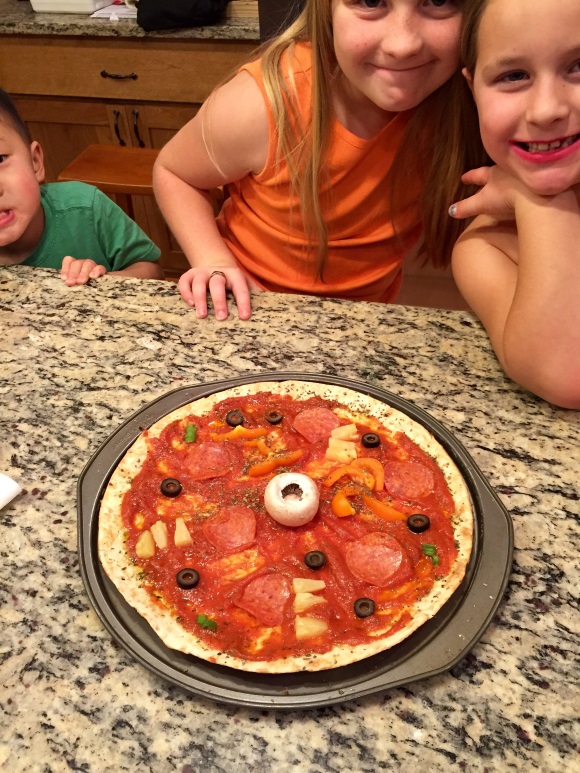 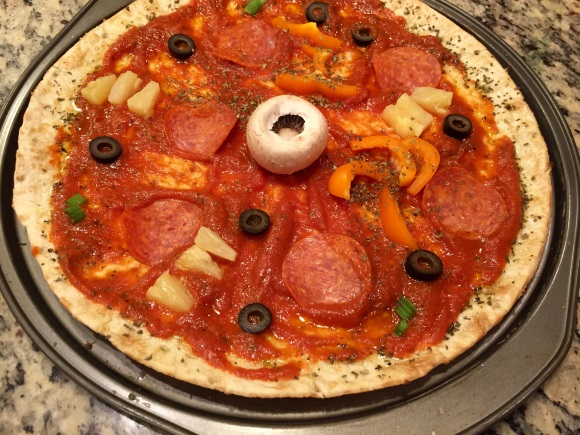 Center Sister saved up recent pet-sitting wages and invested in another mermaid tail, because…

Little Man is ever an obliging seahorse for her mer-chariot. 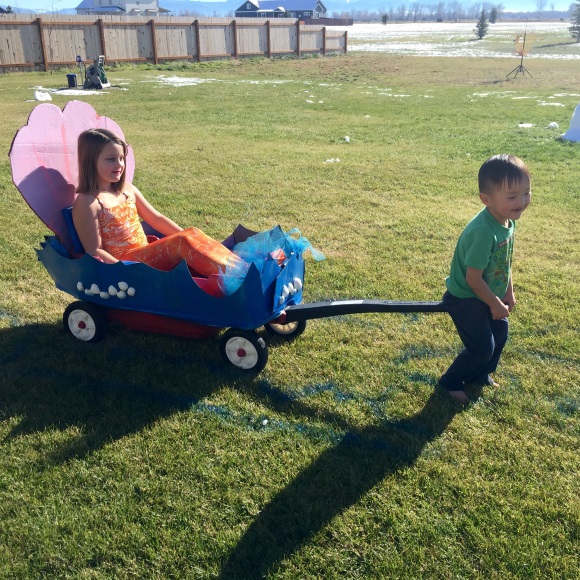 Firstborn copied Handsome Husband’s jammies last night, going so far as to turn her tshirt inside out to hide the design on the front.

Little Man did the same, swiping my vest and proudly declaring, “I Daddy!” 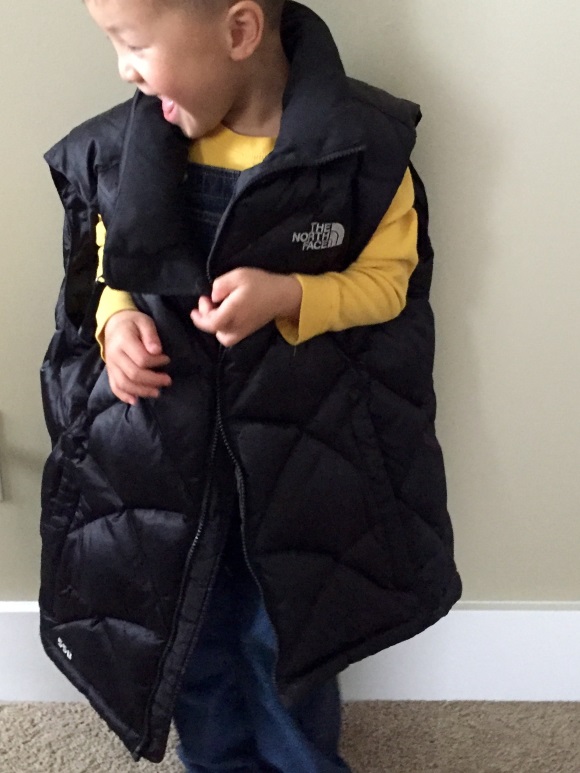 Scored this darling faux letterman’s jacket on clearance and can’t even handle the cuteness.

{introduced by a cousin’s wife, made famous by my much older sister}

*clearly not a salad 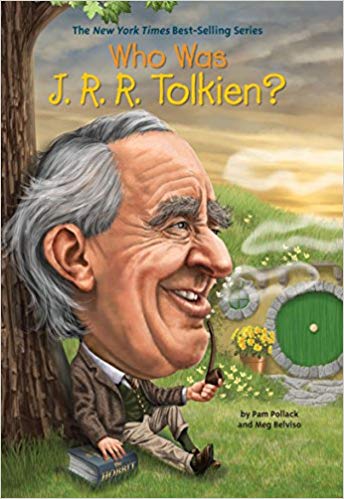 Who Was JRR Tolkien? (book review) 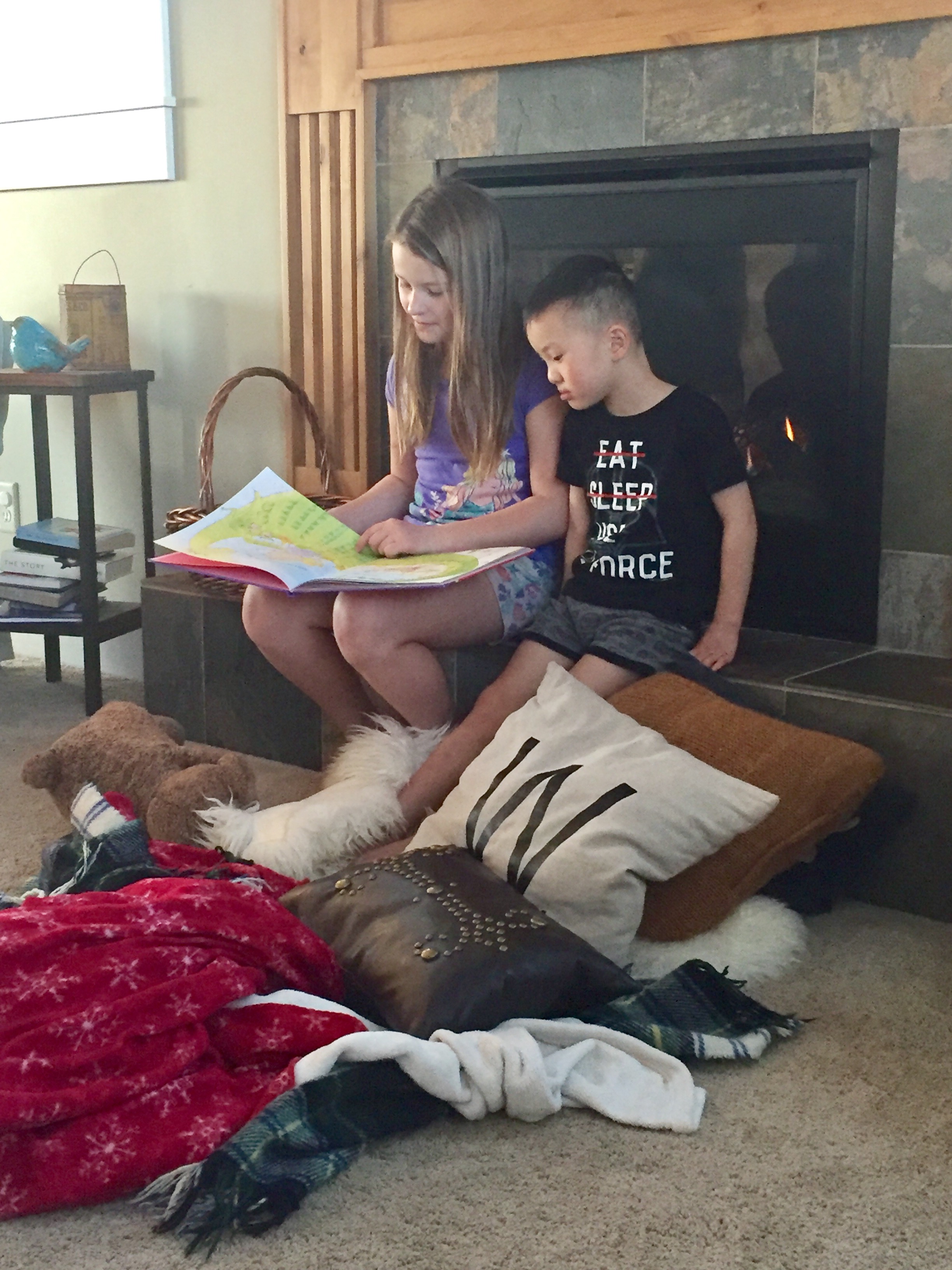 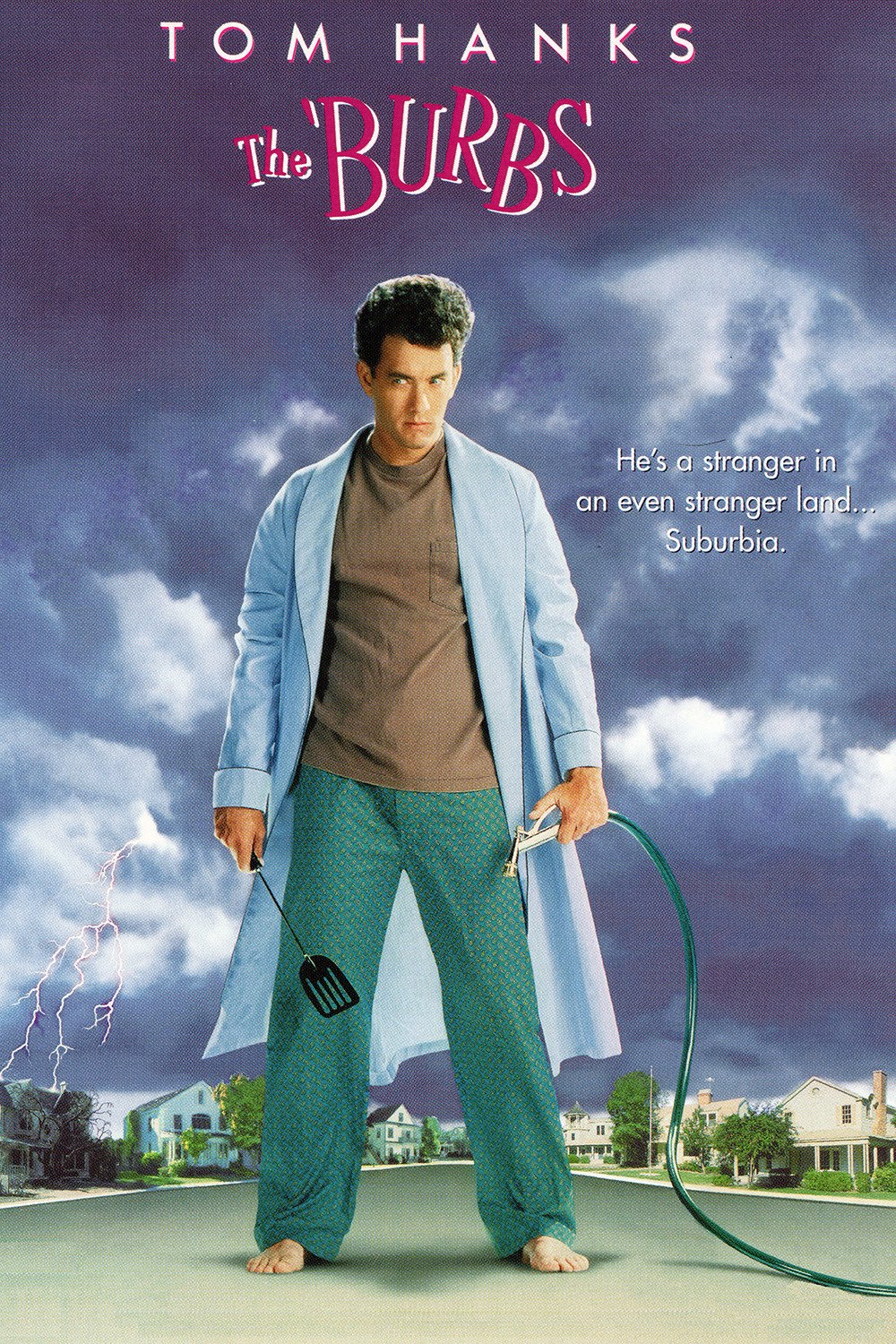