Today we toured some of Beijing’s most famous landmarks. Everywhere we went, we were a spectacle. 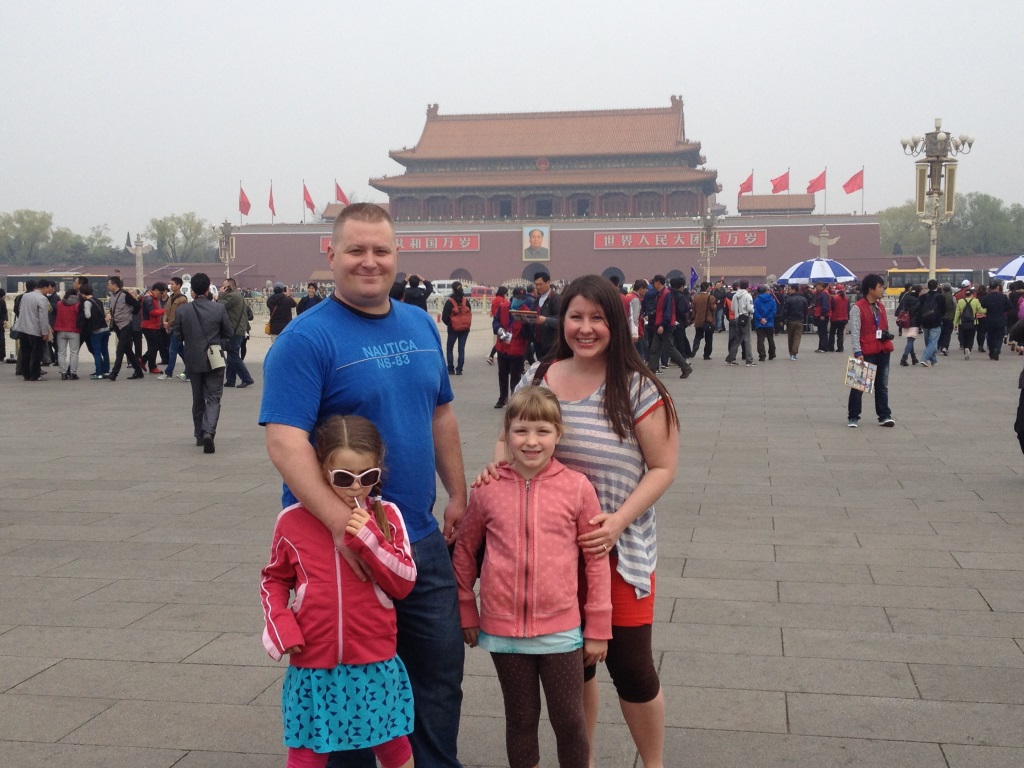 Chinese from all over the countryside take their holiday in Beijing, and many have never before seen Caucasians until such a pilgrimage. We were a spectacle because we were clearly Americans, speaking English, and had two blondish, female children in tow. (Actually, four. There are two other Big Sisters in our travel group.)

Nearly every other person, of China’s billion that we seemed to pass, did a double take upon spying our girls. Of those, about half openly gawked/pointed and came over to us to touch our girls’ hair, pinch their cheeks, fuss over them in Mandarin and proceed to take photos of or with them. They held their hands, hugged them, and one even gave our youngest a big smooch on the cheek. Women eyed my exposed feet in my flip-flops (Hey, it’s in the high 70’s here this week- this Montana mama is wearing sandals!) and a man actually went up to Husband and rubbed his belly, proclaiming, in broken English, “Happy Buddah!”

I guess we’d better get used to sticking out like a sore thumb, it likely won’t get any better once we have Little Man in our arms. I didn’t really think we looked all that different, but it’s good for us to experience being the minority every once in a while. (And now I have a certain Green Day song stuck in my head.) All of the Americans you see in these photos are from our travel group. There are five other families from our agency here with us, they are all from the south and delightful fast friends. 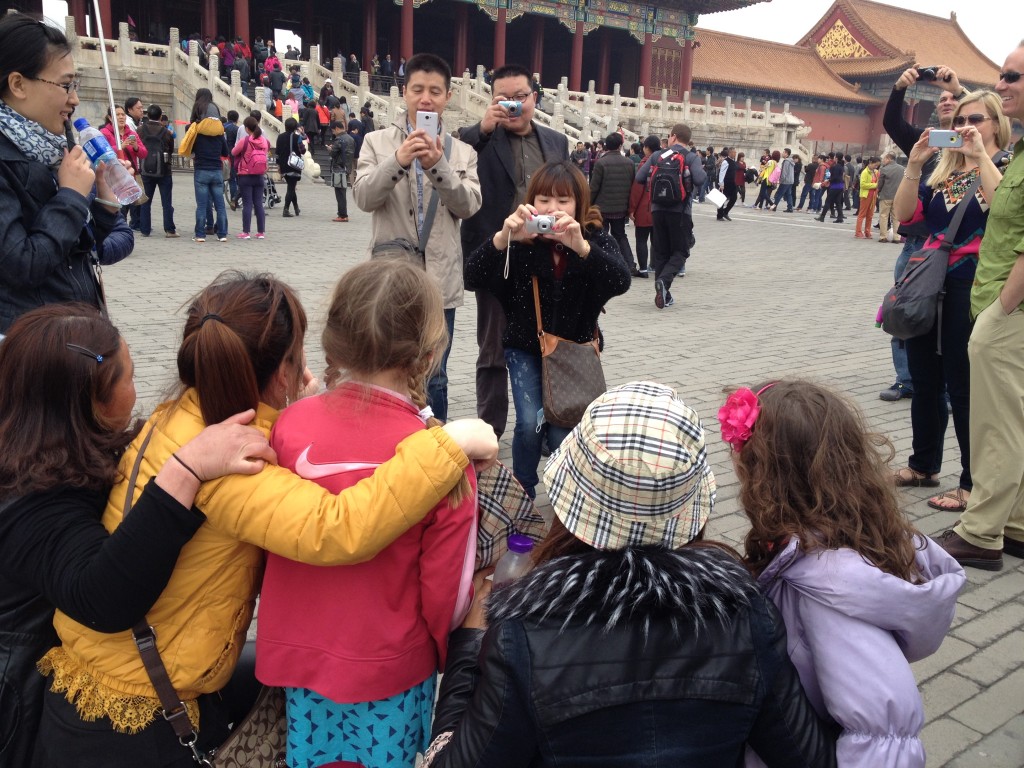 our youngest daughter, in pink, with her pal from Kentucky in lavender, upstaging the Emperor’s famous abode in the Forbidden City 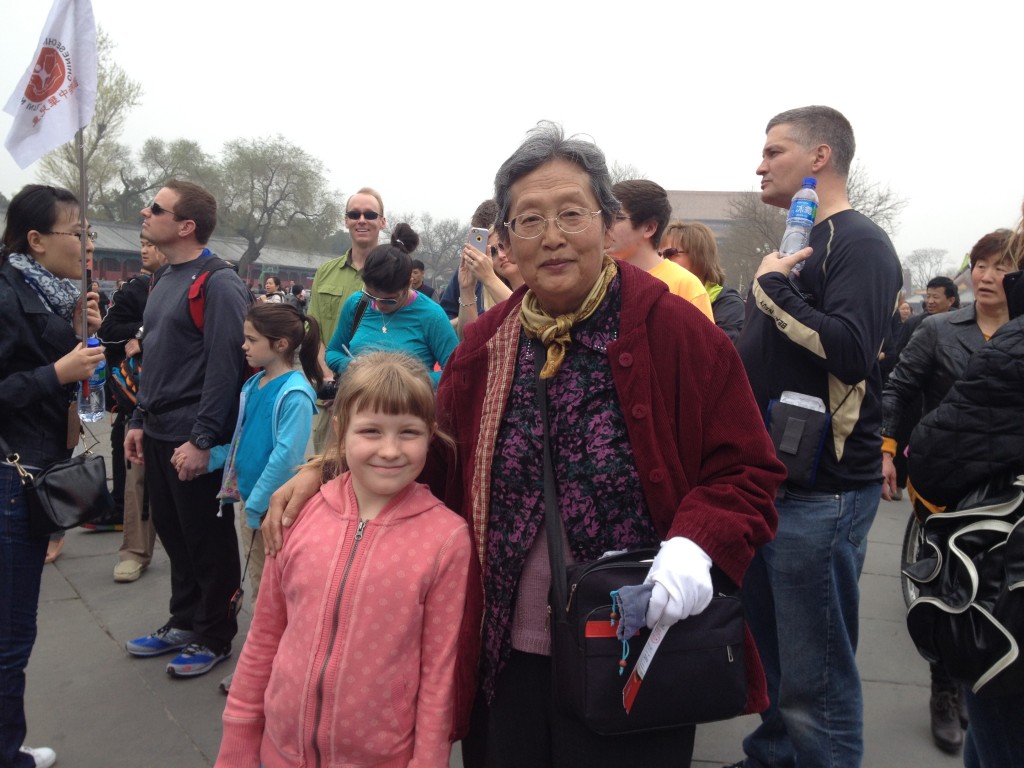 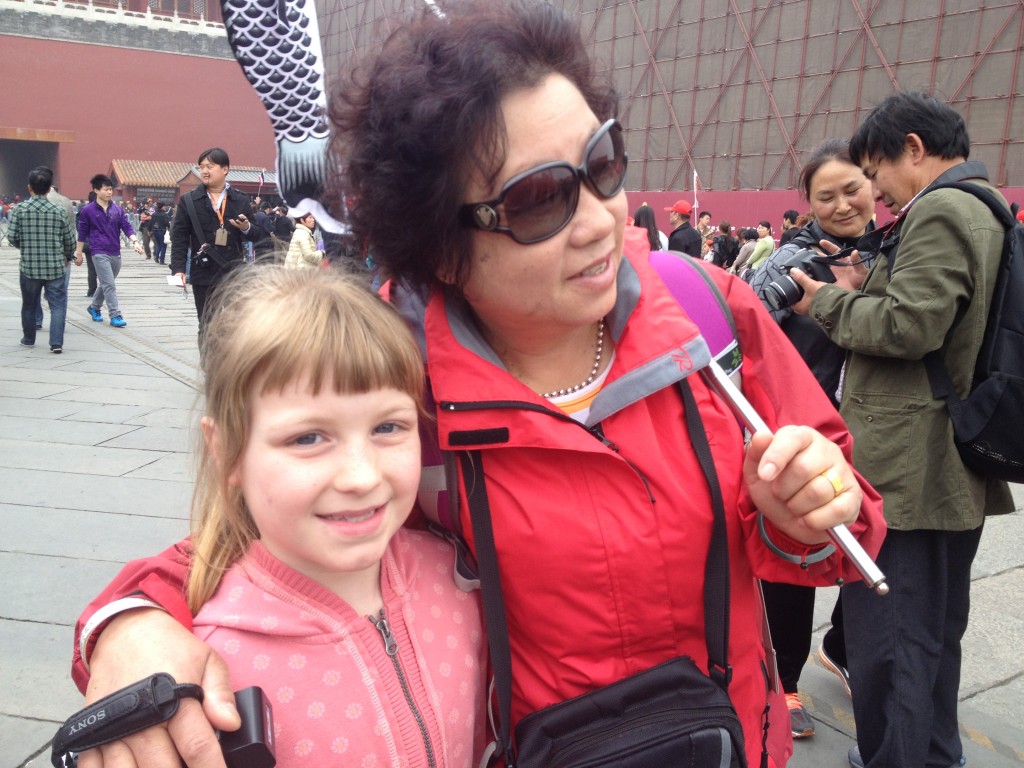 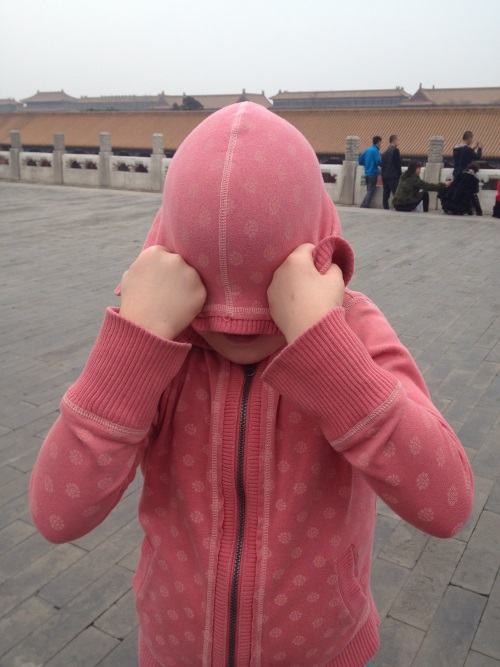 although they were very sweet, and quite complimentary, our oldest quickly grew weary of the attention and employed the use of her hood to disguise her hair a bit 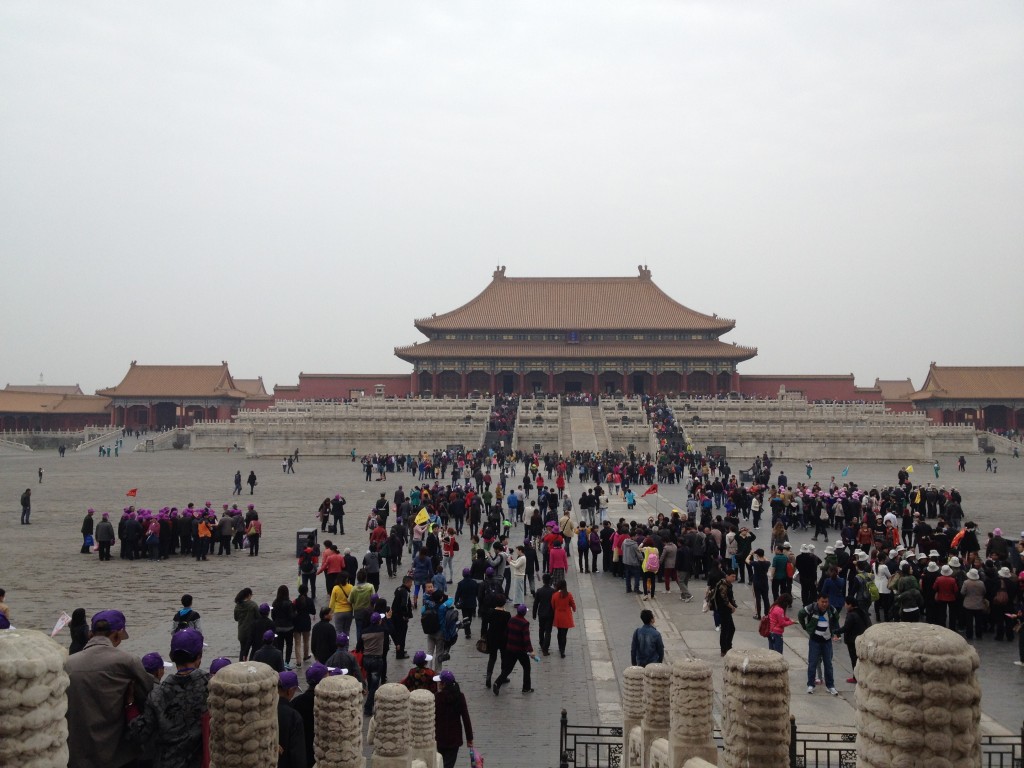 the Forbidden City, where the Emperors lived and worked 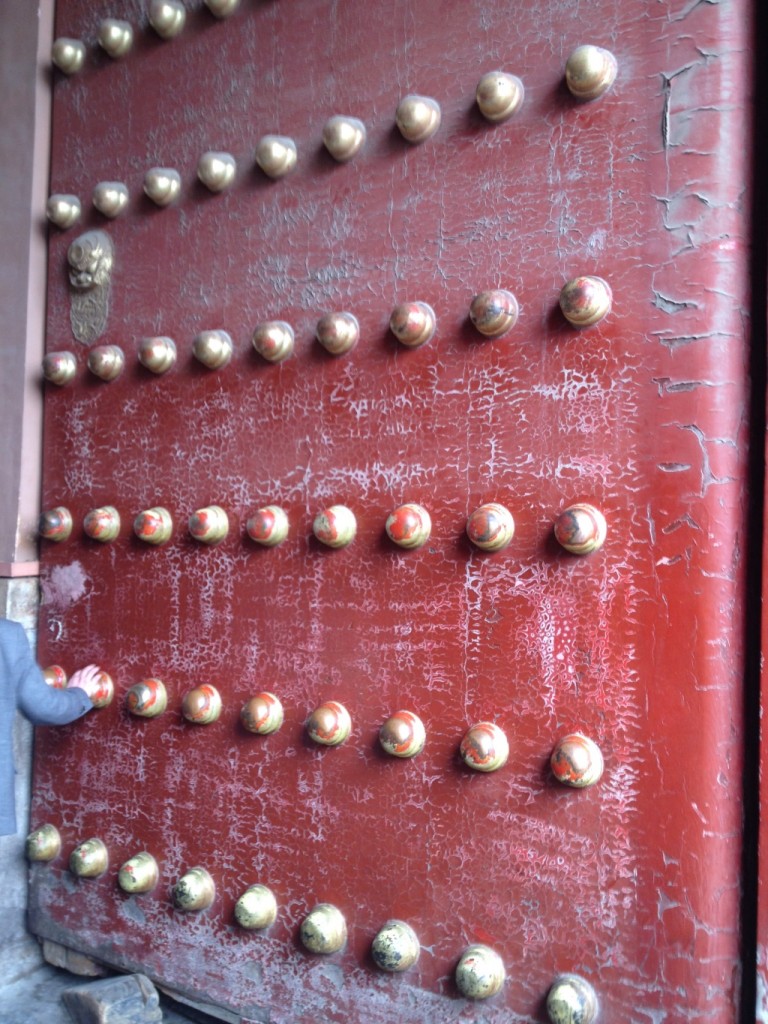 some of the massive doors into the Forbidden City, customary susperstition encourages Chinese women to rub one of the many gold painted doorknobs as they pass by, thereby ensuring they conceive a son 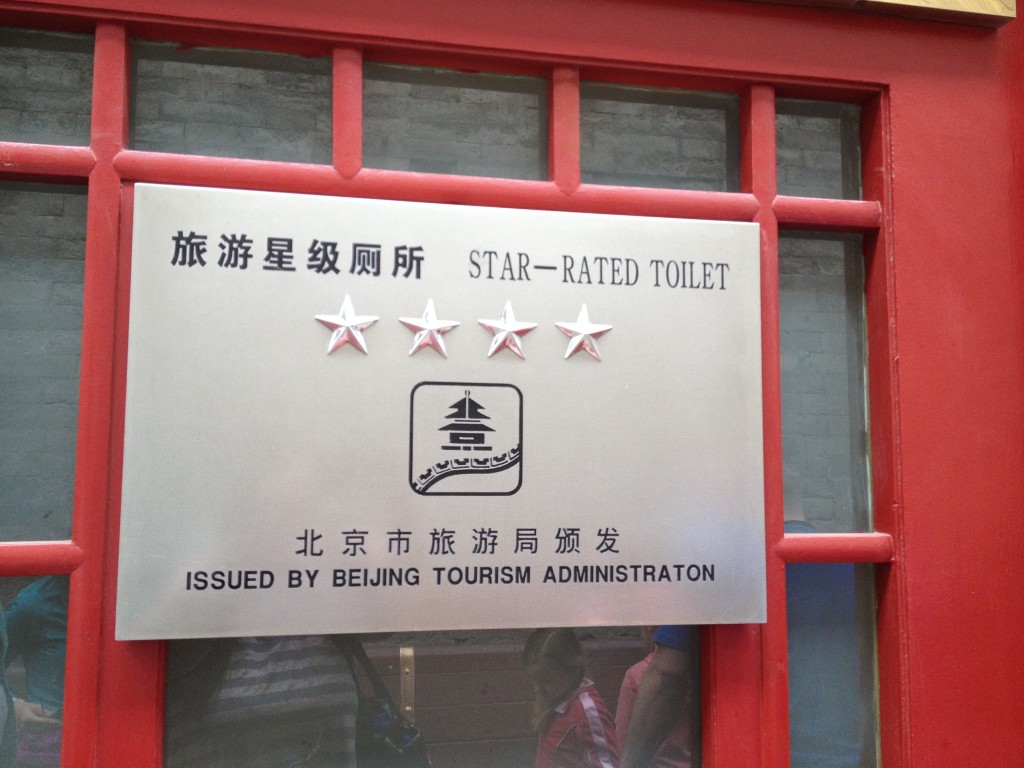 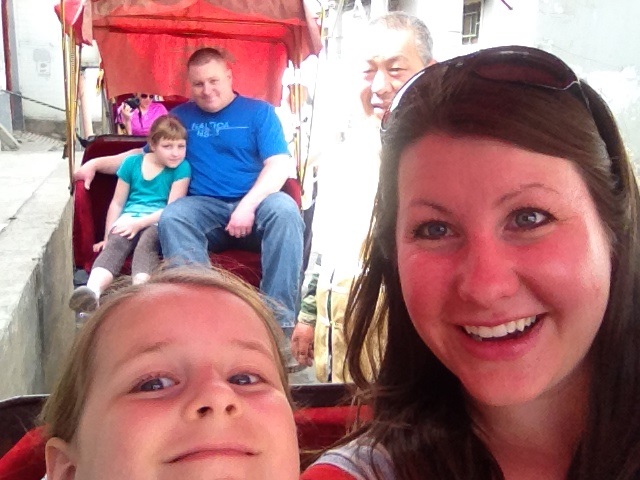 we later took a rickshaw ride to and from a Hutong neighborhood of narrow, winding streets and enjoyed an authentic Chinese meal in a local home 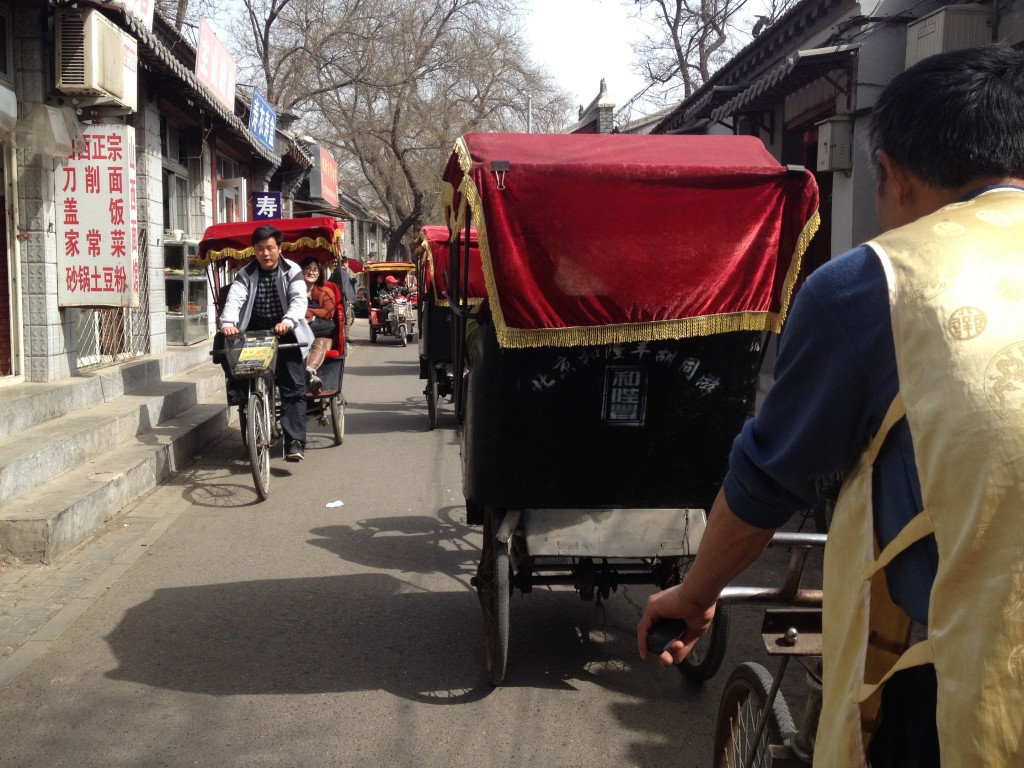 It’s official: I want a rickshaw. 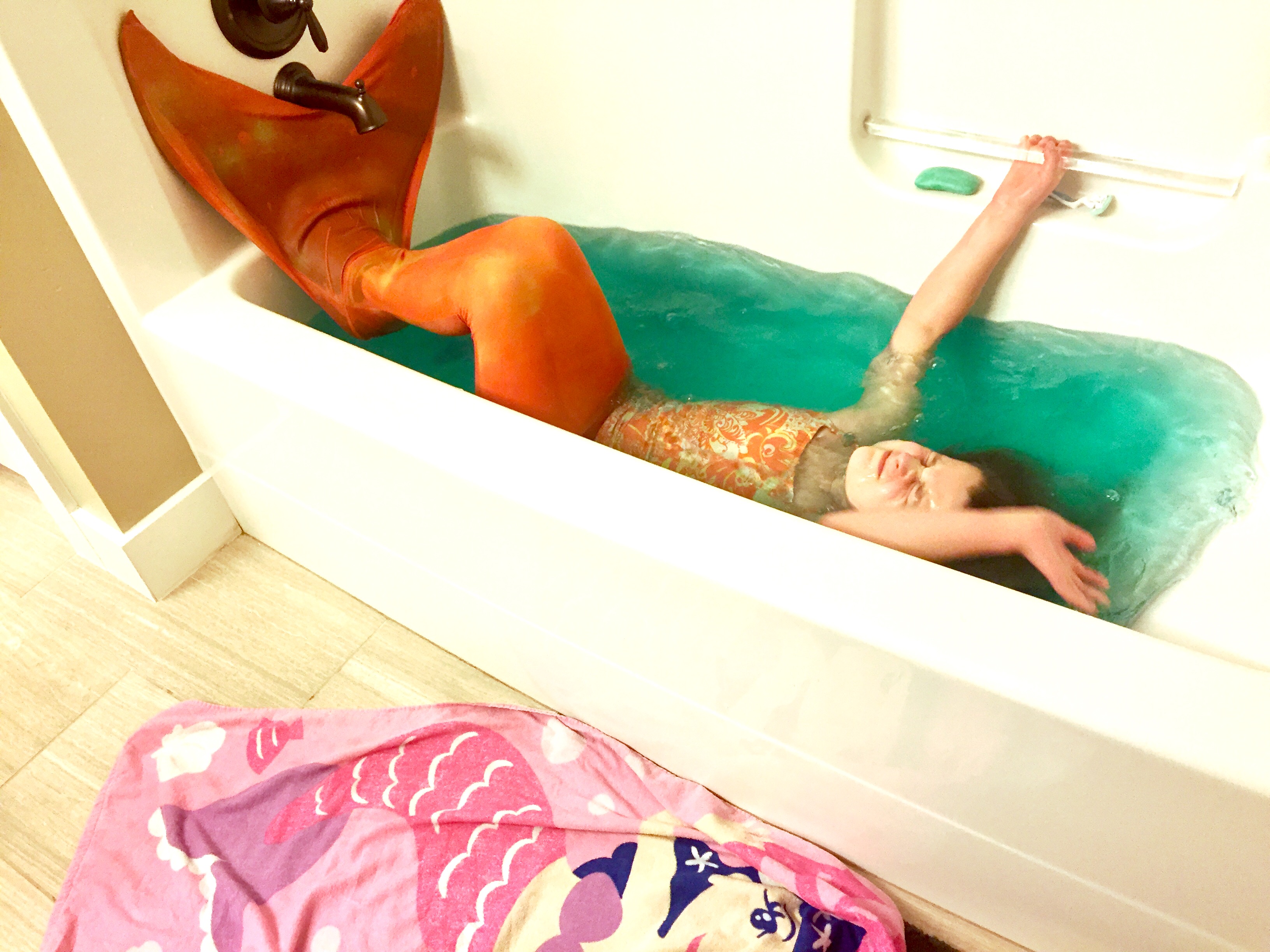 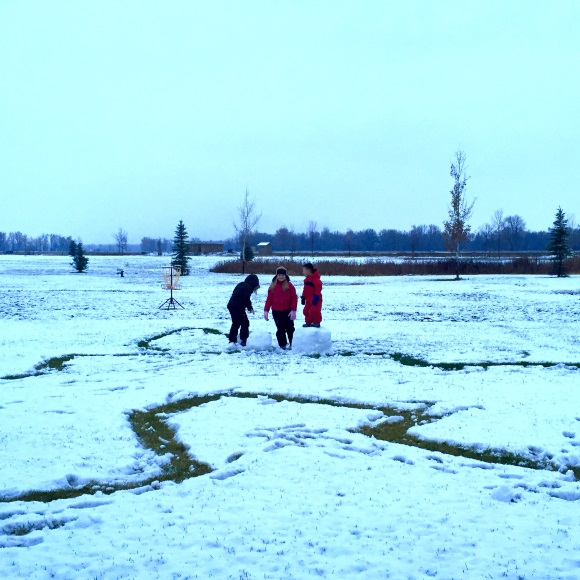 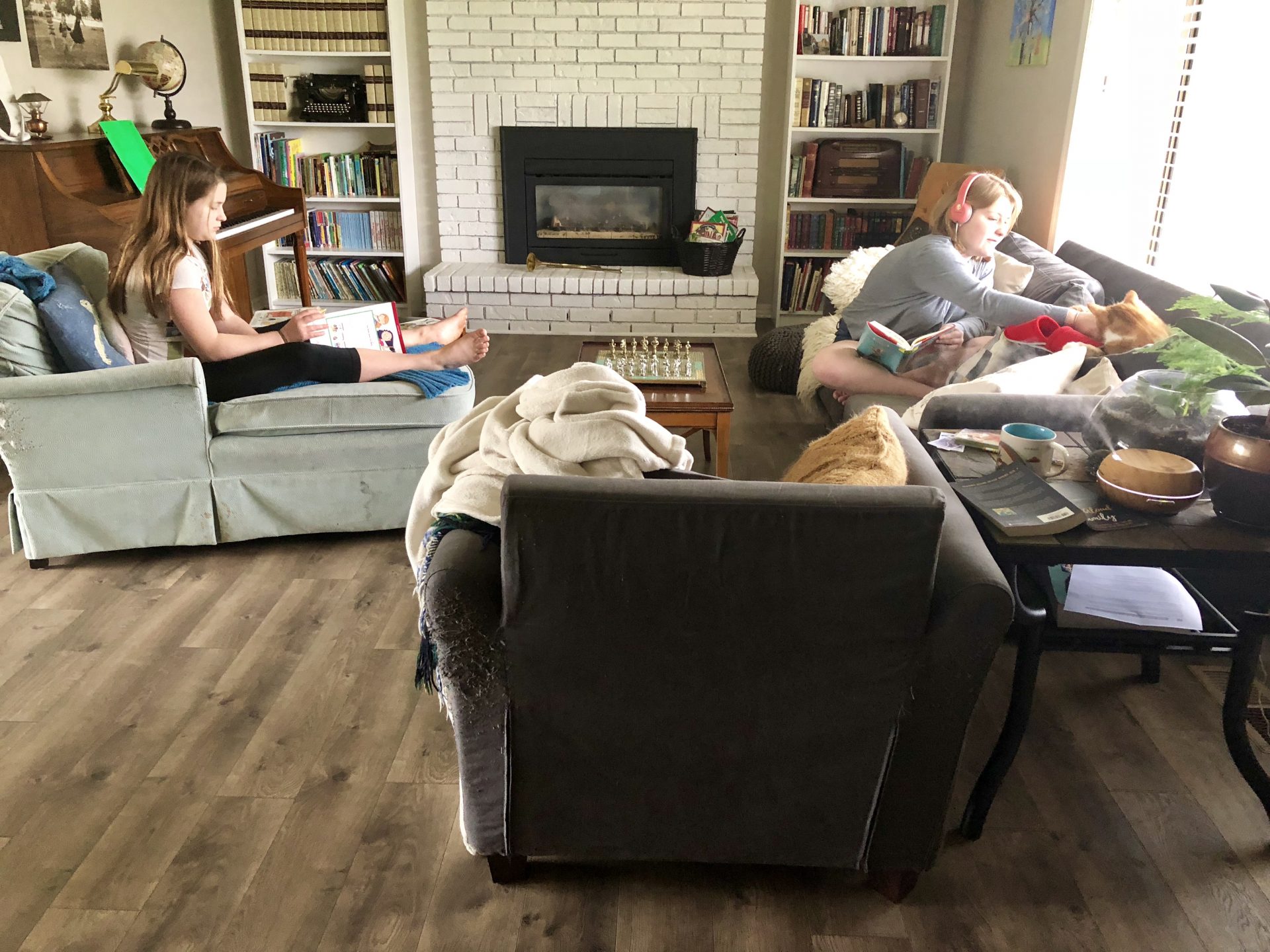