It’s officially been a year since we closed on the purchase of our 1970’s fixer-upper… time flies when you’re swinging a hammer and rolling paint! 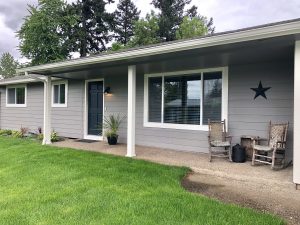 We never set out to be contractors, but location, location, location! when the house next door to my sister/brother-in-law/nieces popped on the market in the middle of our house-hunting, it was too fun an opportunity to resist. We bought a modest home with seriously deferred maintenance, and rolled up our sleeves to undo years of neglect while putting our stamp on it. Before even moving in we finished an ambitious overhaul to make it habitable, but we’ve kept whittling away at the ongoing list of additional updates since unpacking.

Our most recent projects have been windows and landscaping. Husband killed the grass and started fresh on the yard, his buddy installed underground sprinklers and re-sculpted the lawn. We re-designed the garden beds with simple, hearty grasses and rock, and added a couple of trees along the “boulevard strip“. 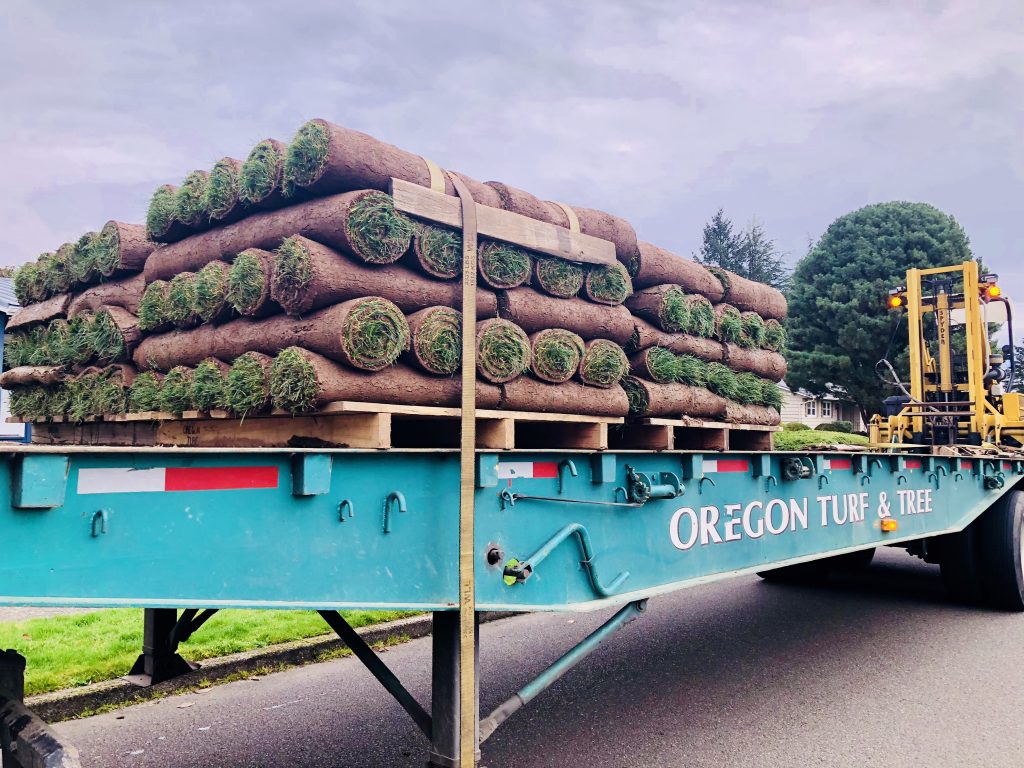 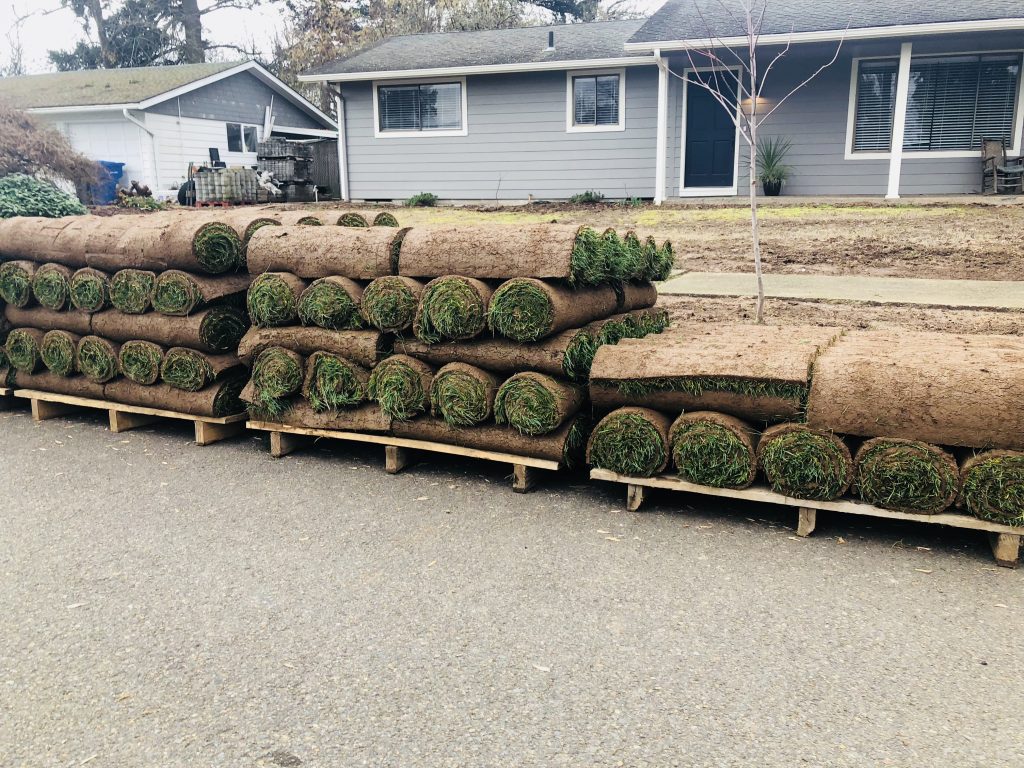 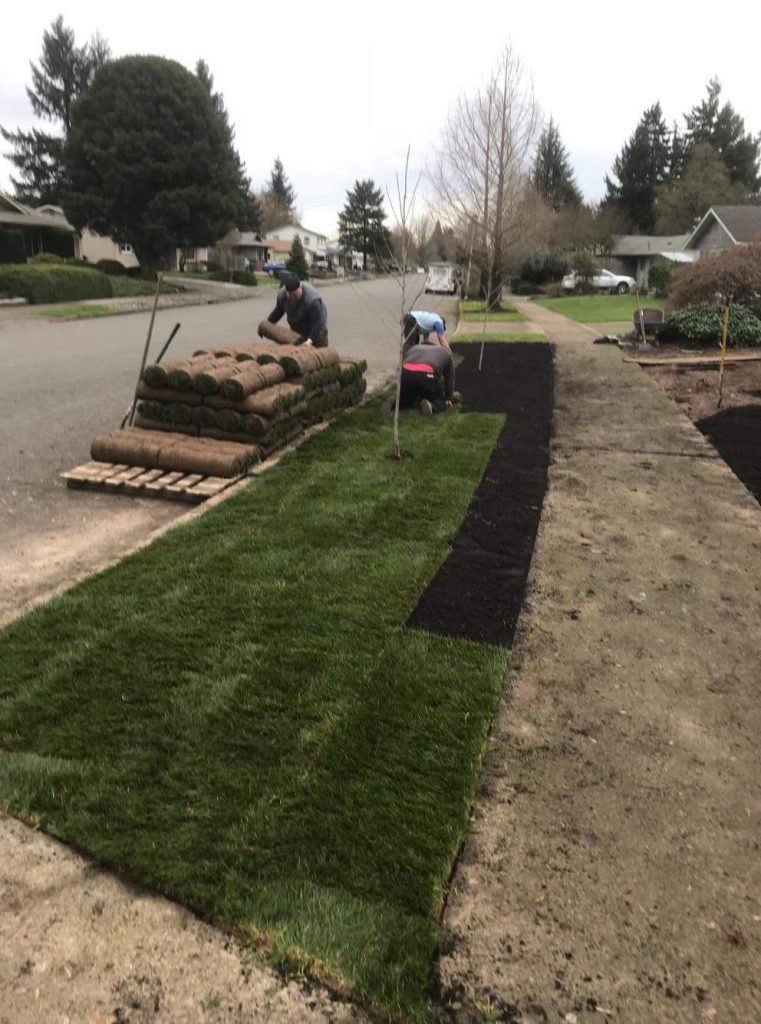 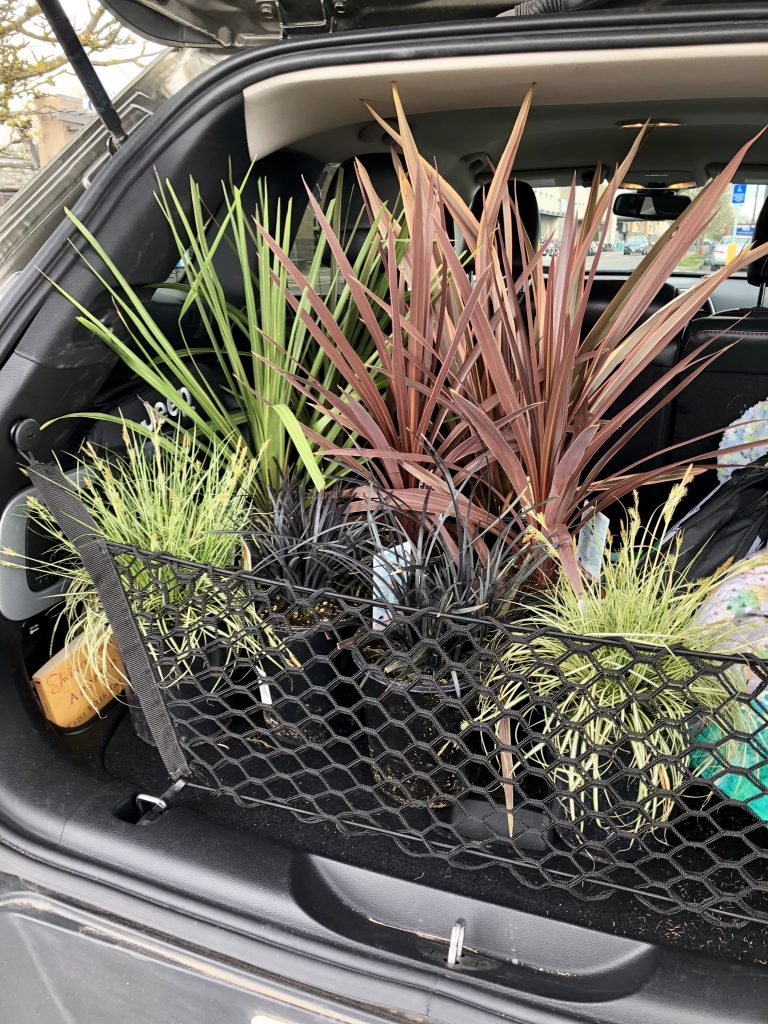 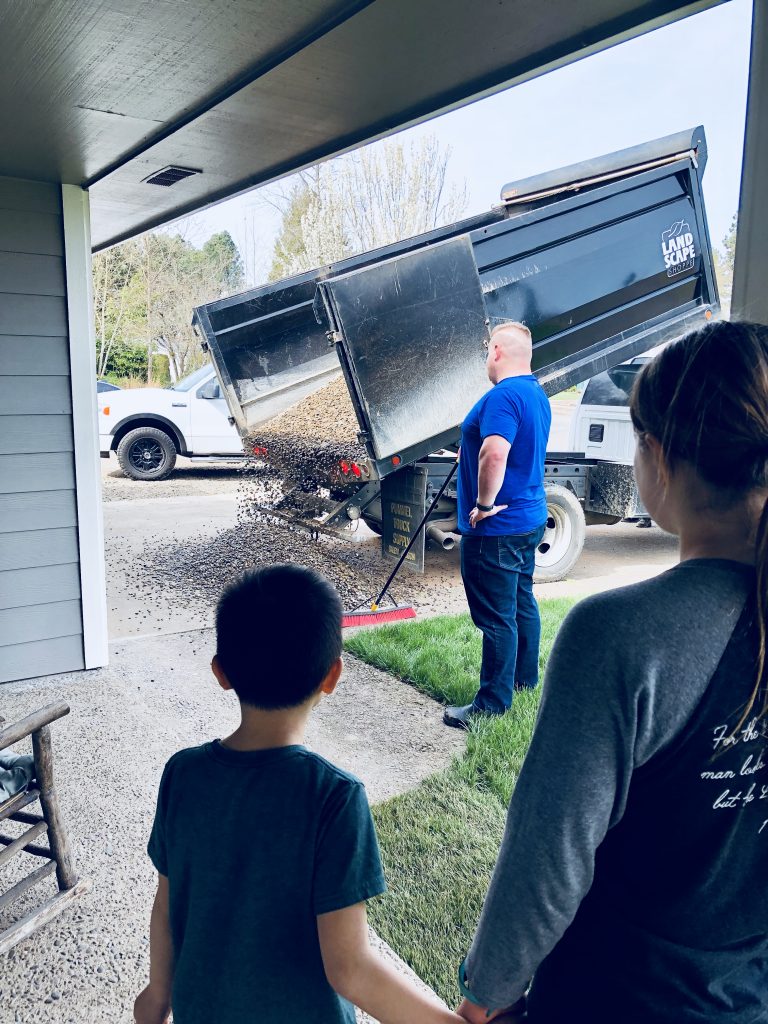 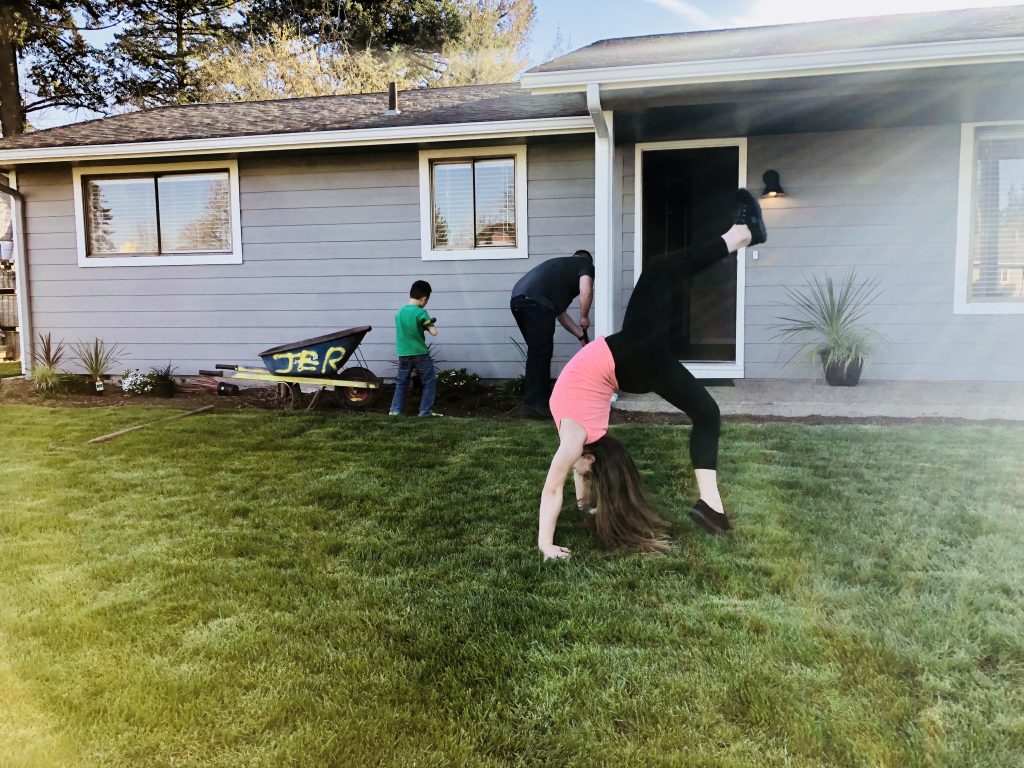 The original windows were single-paned, decrepit, and woefully deficient (one was even cracked), prone to cultivating fungus after rainy stretches —not exactly ideal for the Pacific Northwest– with several on the verge of falling right out of the frame. The new ones are much cleaner and secure, and should also make the house more efficient come summer (three cheers for lower utility bills!), plus we were shocked at how much quieter they made the interior. 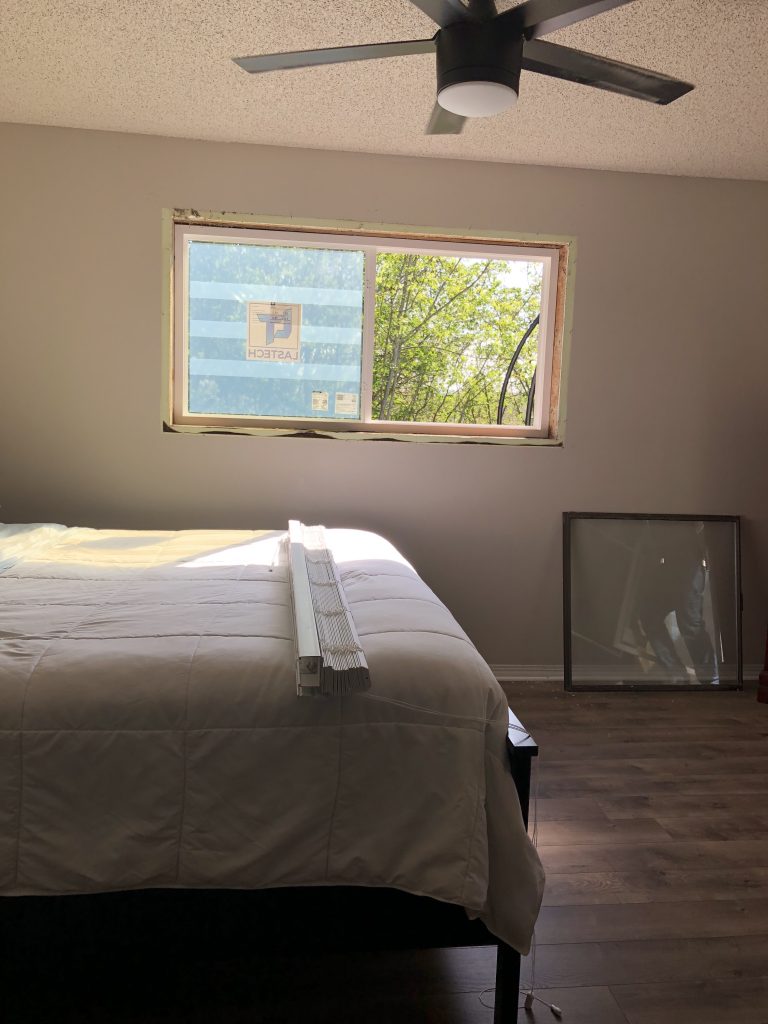 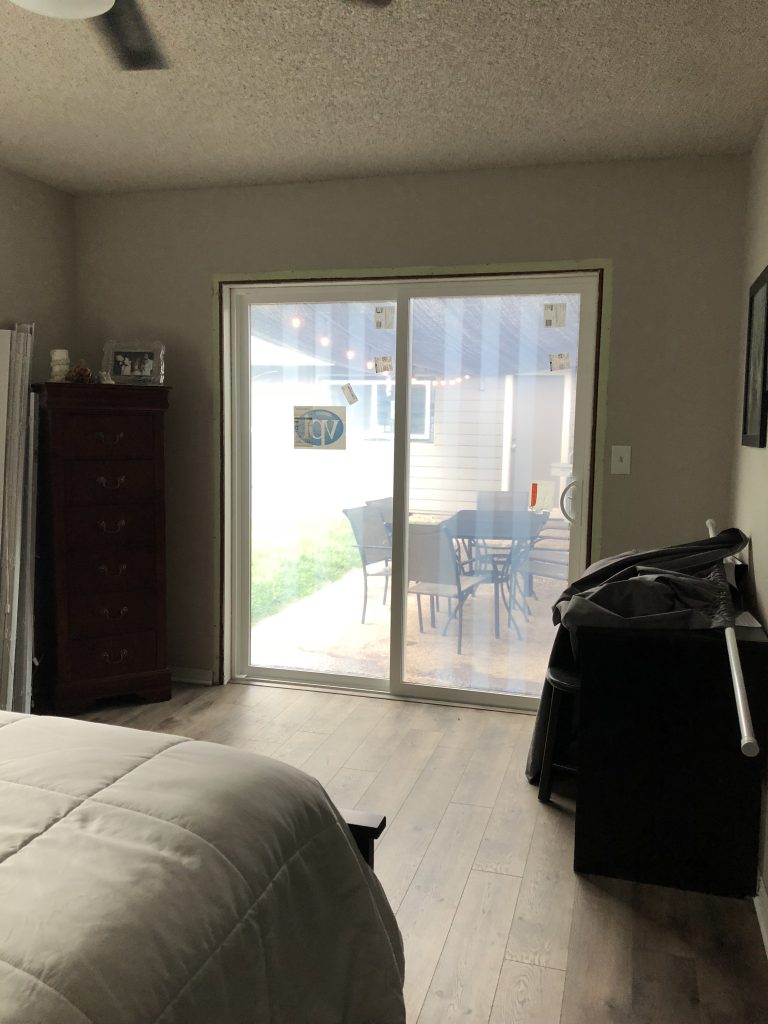 When we replaced the siding we chose the exterior color scheme (Dovetail for the body, Creamy for the trim– thank you to our friends the Colbys!) with the black windows in mind, but come to find out modern black varieties of vinyl are twice the cost of standard white. White it is! 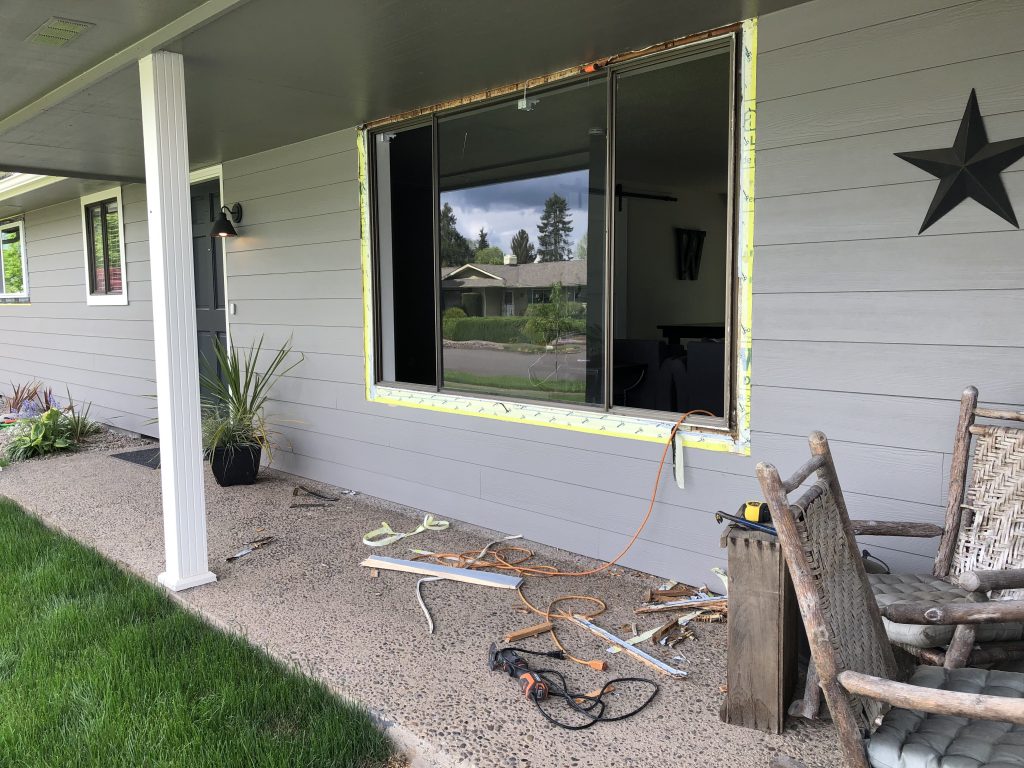 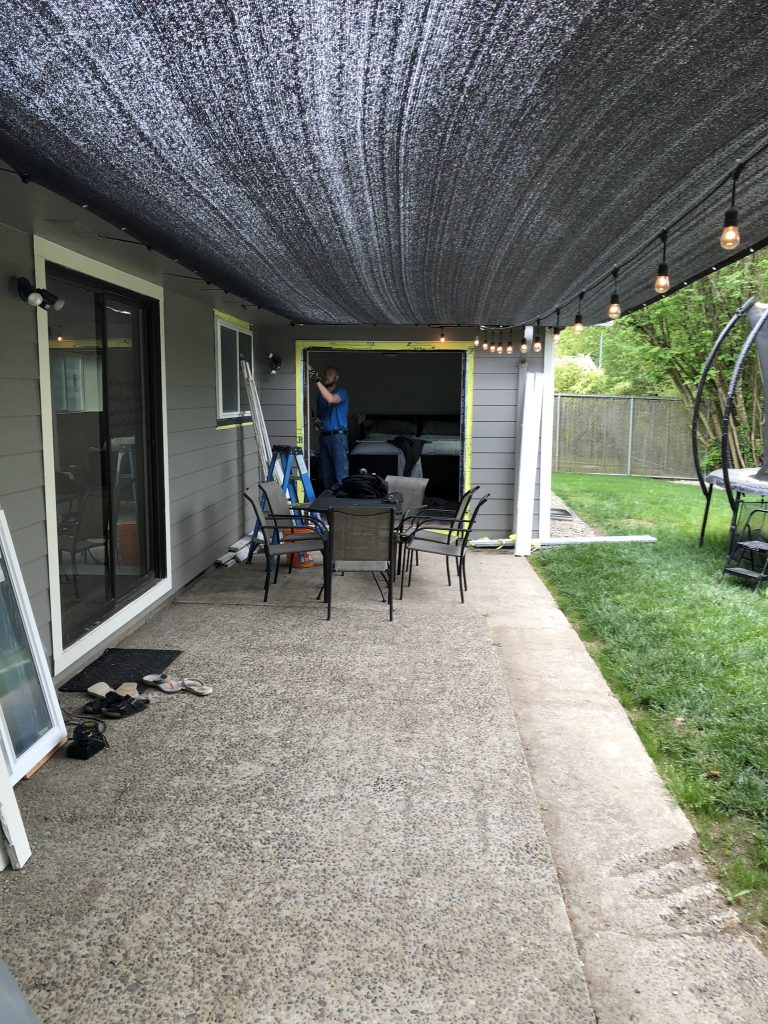 Initially, we tried salvaging the interior trim as we demo’d, but then we realized how ugly and dated it was… so for relatively minimal expense, and loads of saved labor/time from gingerly removing it, we replaced it all with a simple, modern framing and can’t believe what a difference it makes. Welcome to the 21st century! 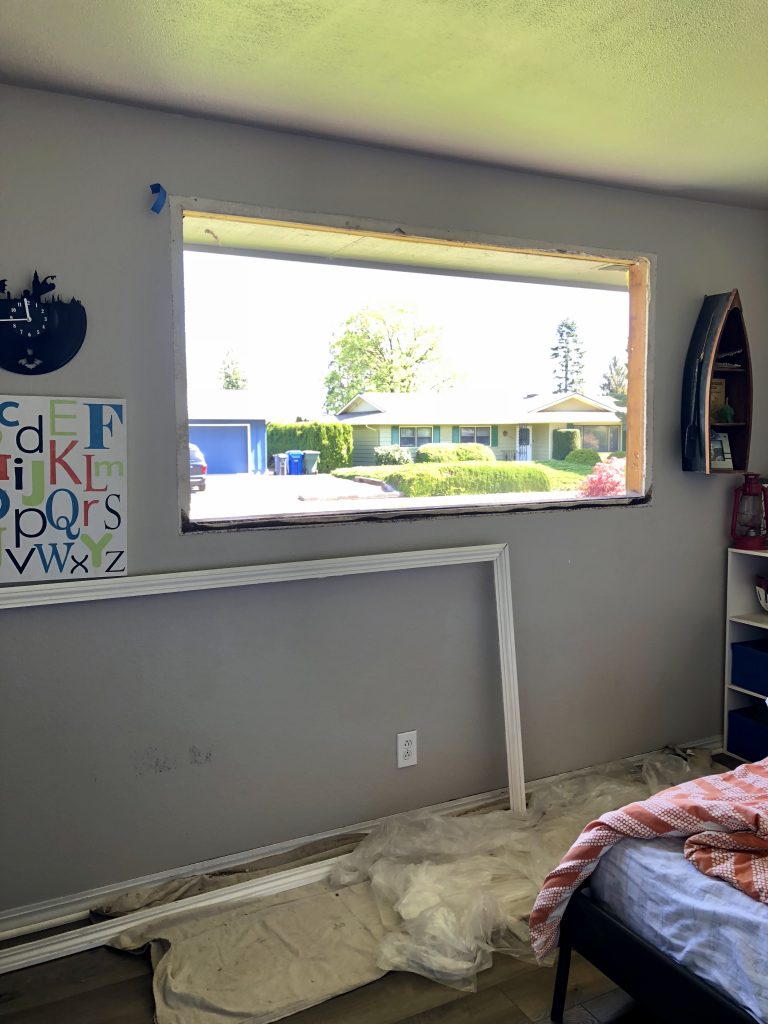 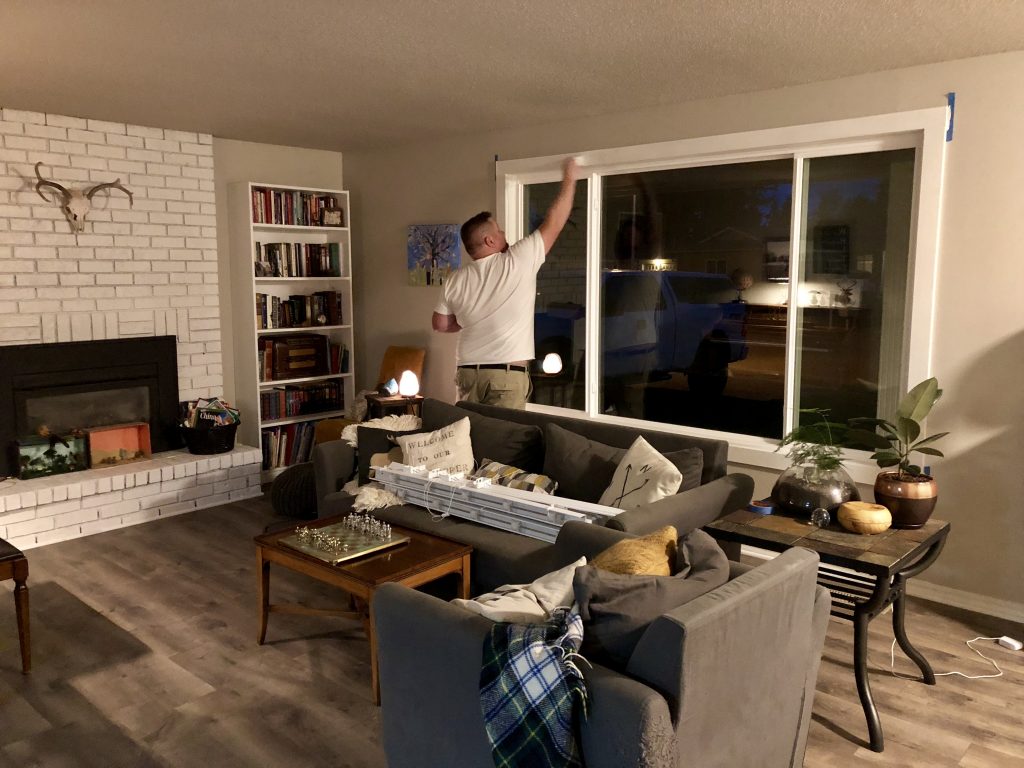 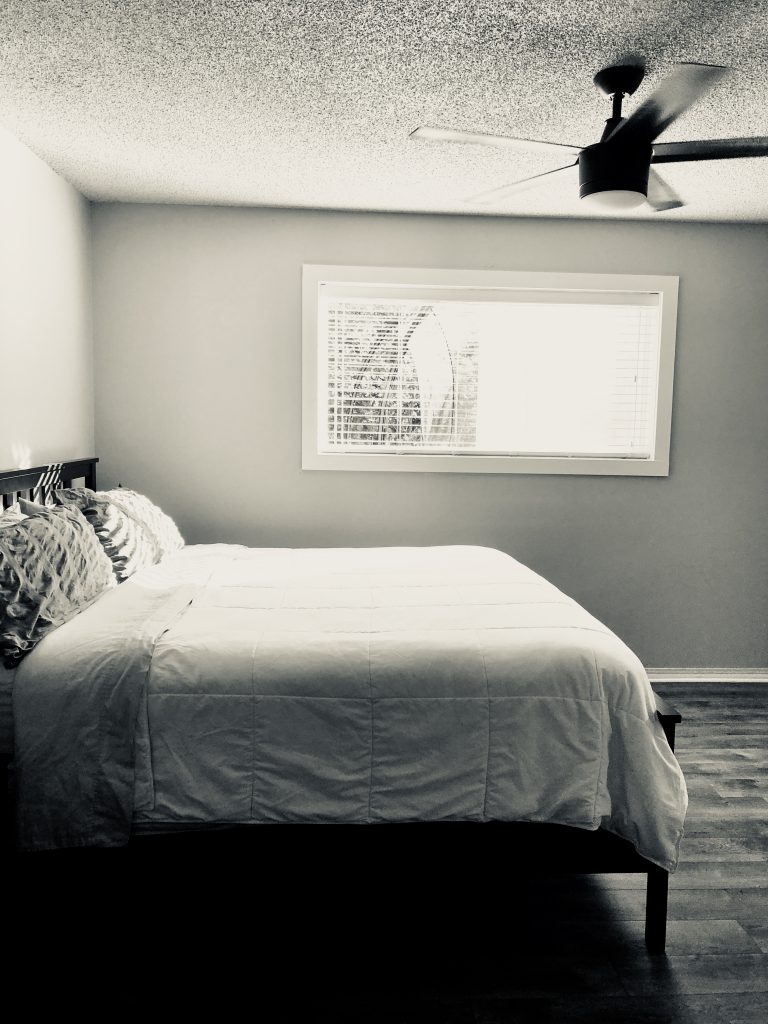 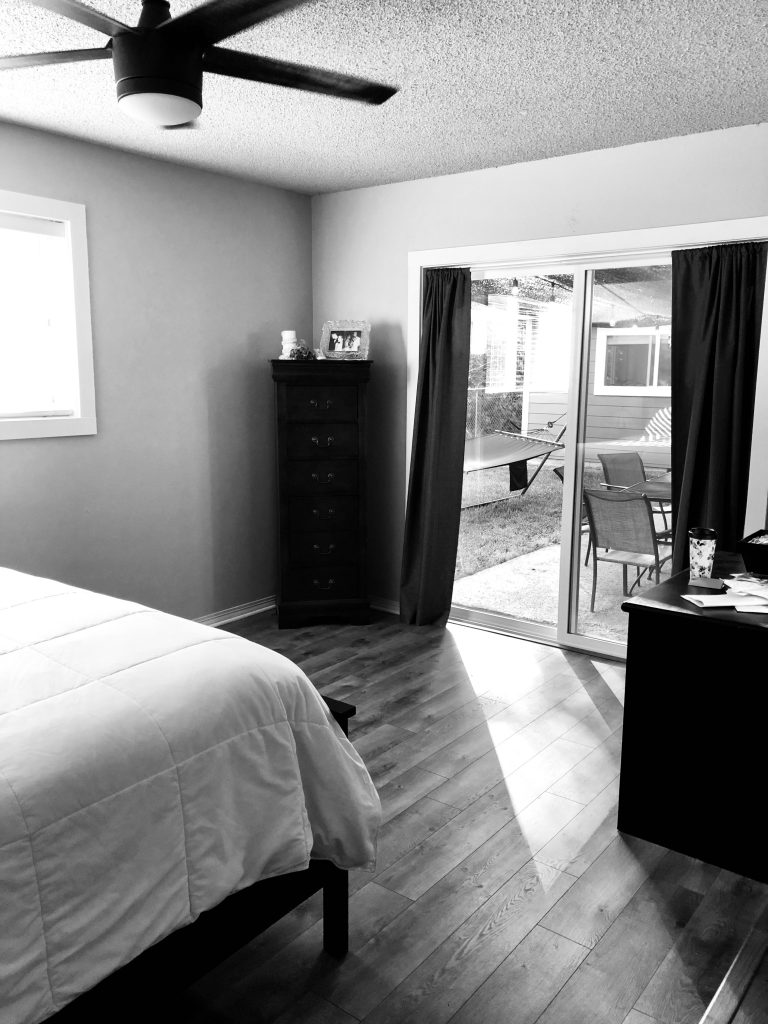 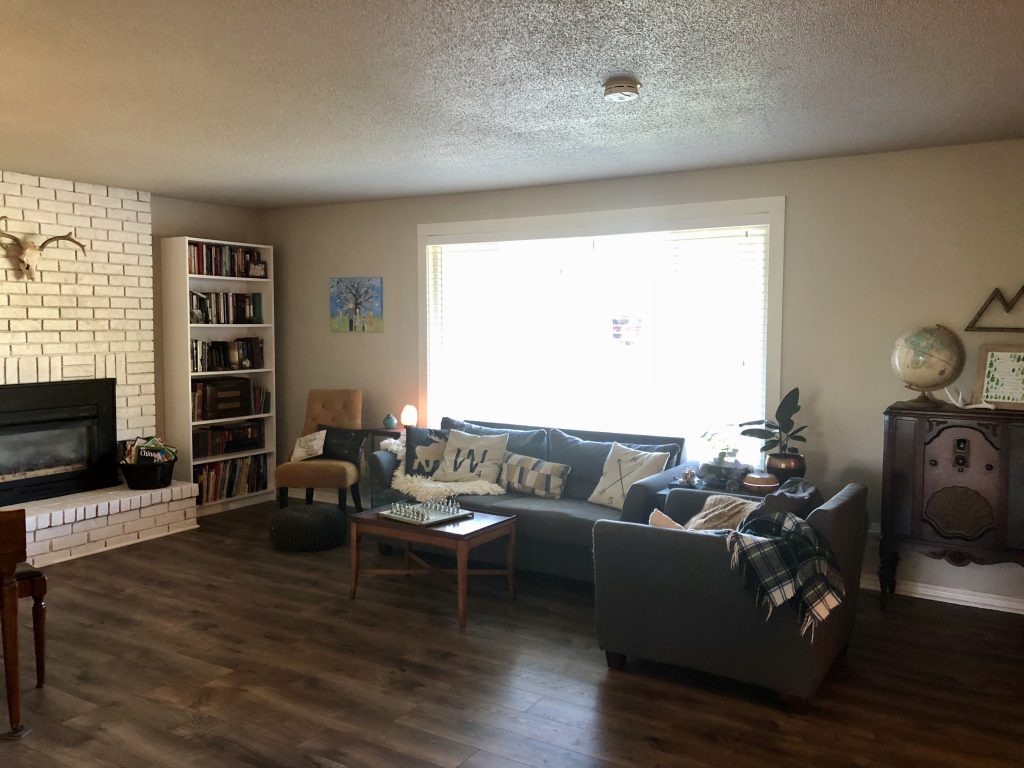 Next up, Husband plans to fence the yard. We’ll tear out the tetanus-laden chain-link and install something more modern along the back that will showcase the view (our property goes down a steep, wooded embankment to a creek) while keeping it safe, plus add standard cedar down one side and gates on both (the cousins have a pass-through between the two properties). As he makes headway hacking away at the blackberry jungle, our kids gain new terrain to explore. 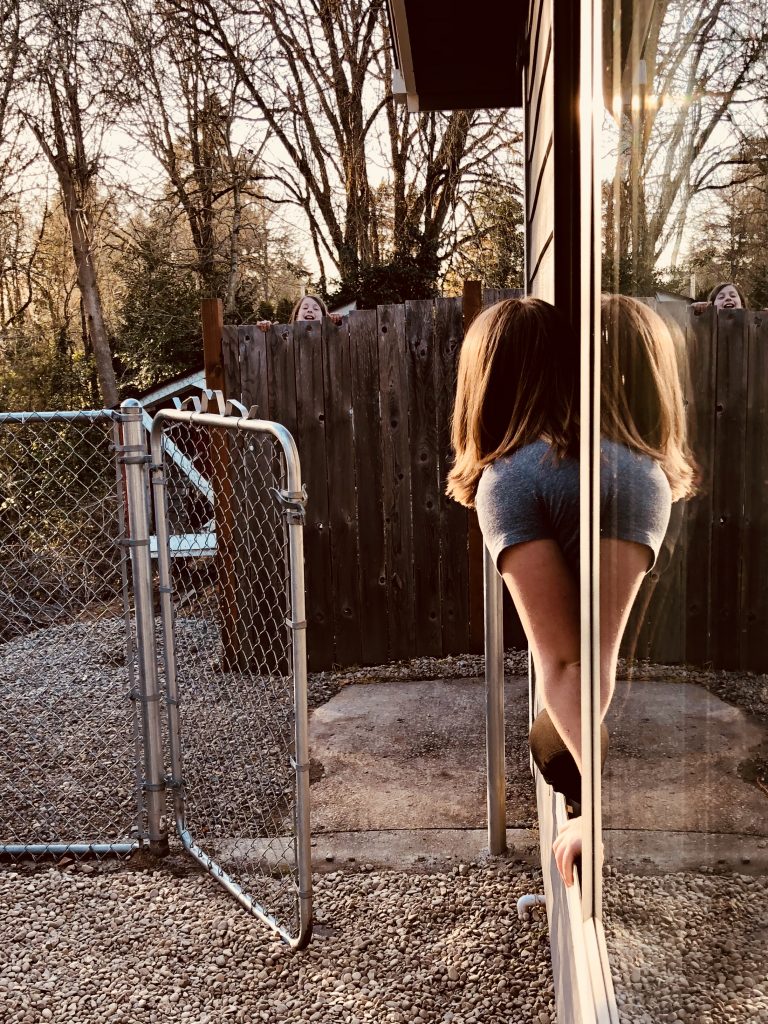 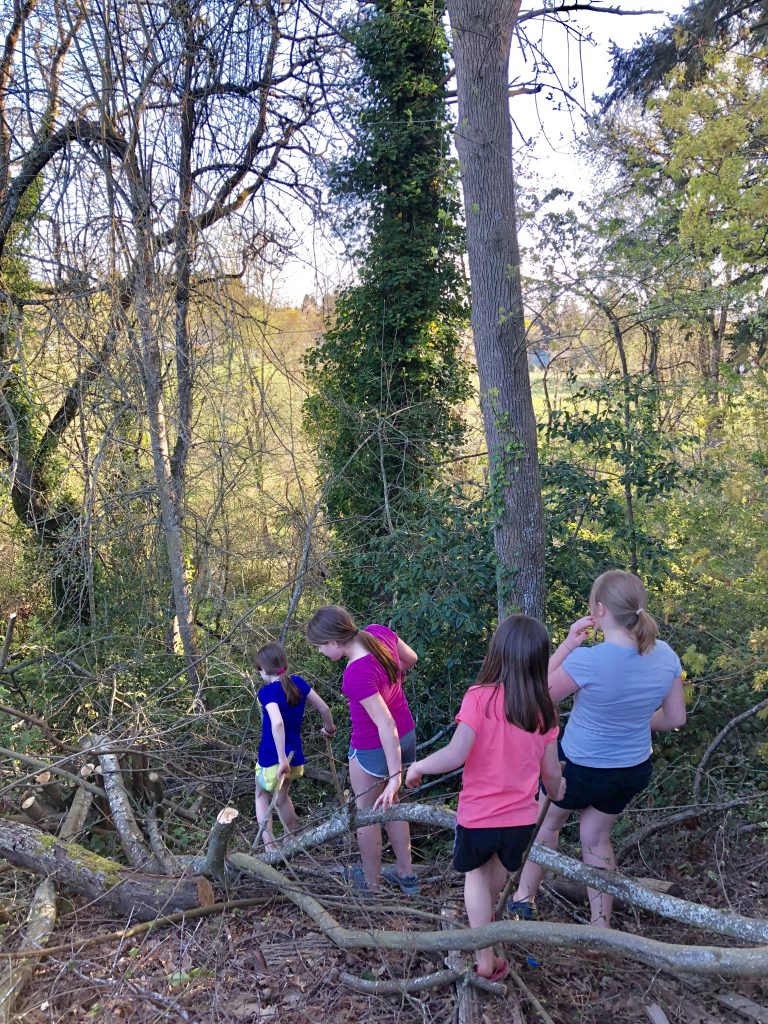 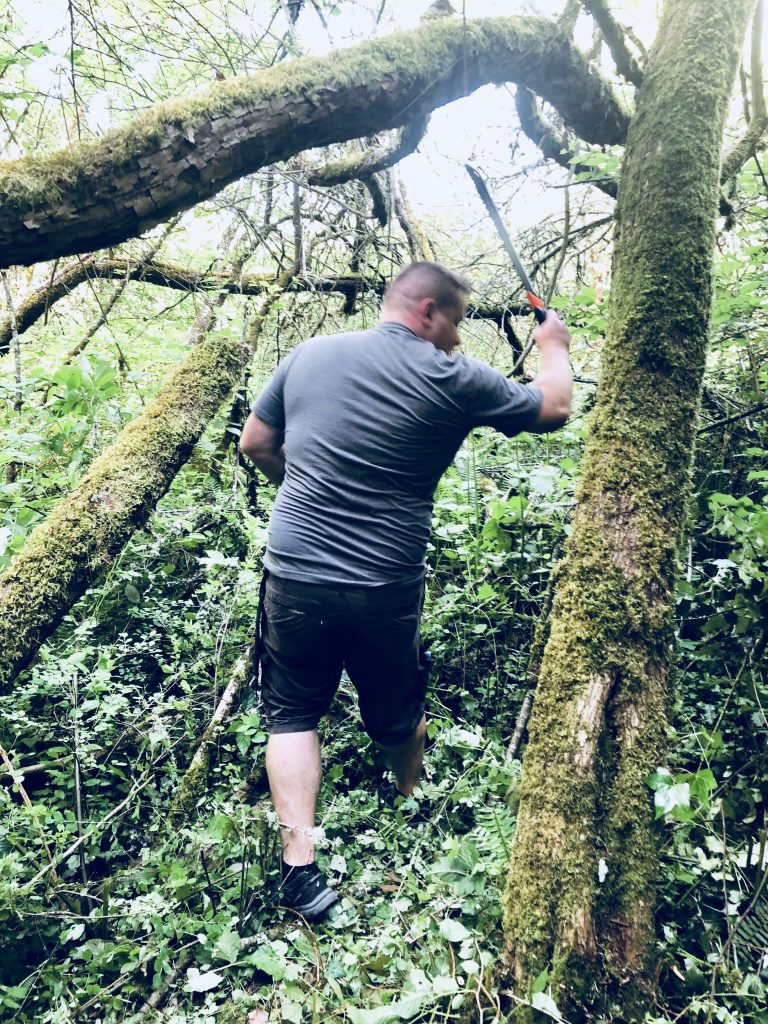 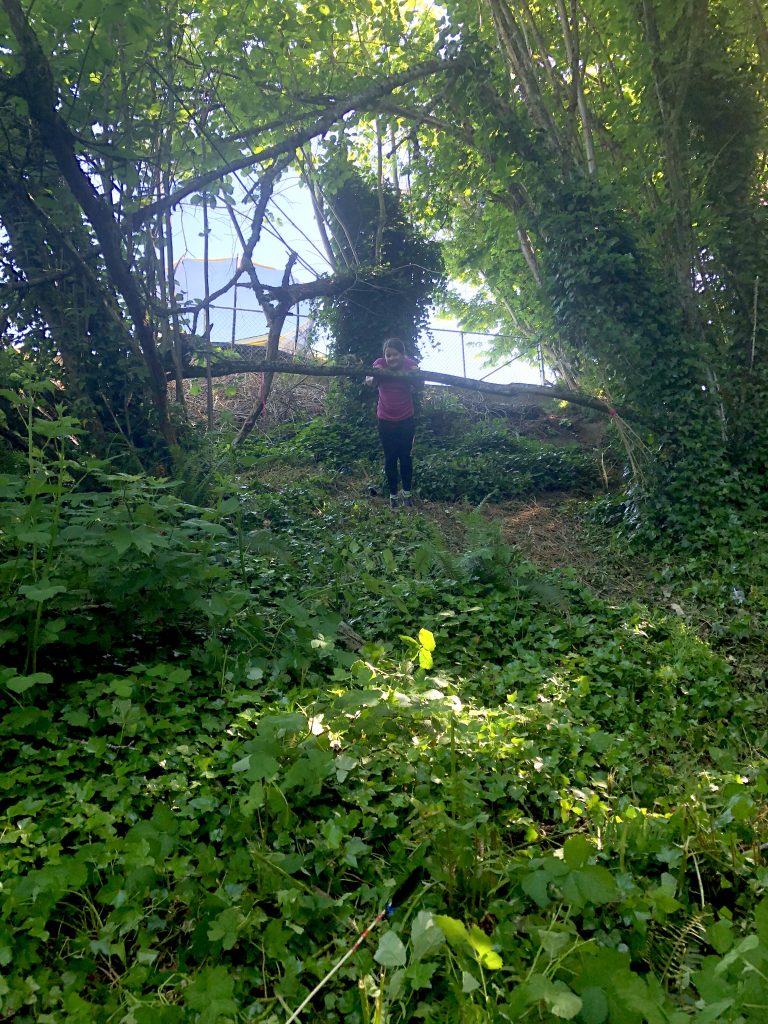 Replacing the doorknobs was another inexpensive and simple fix that greatly improved the interior. 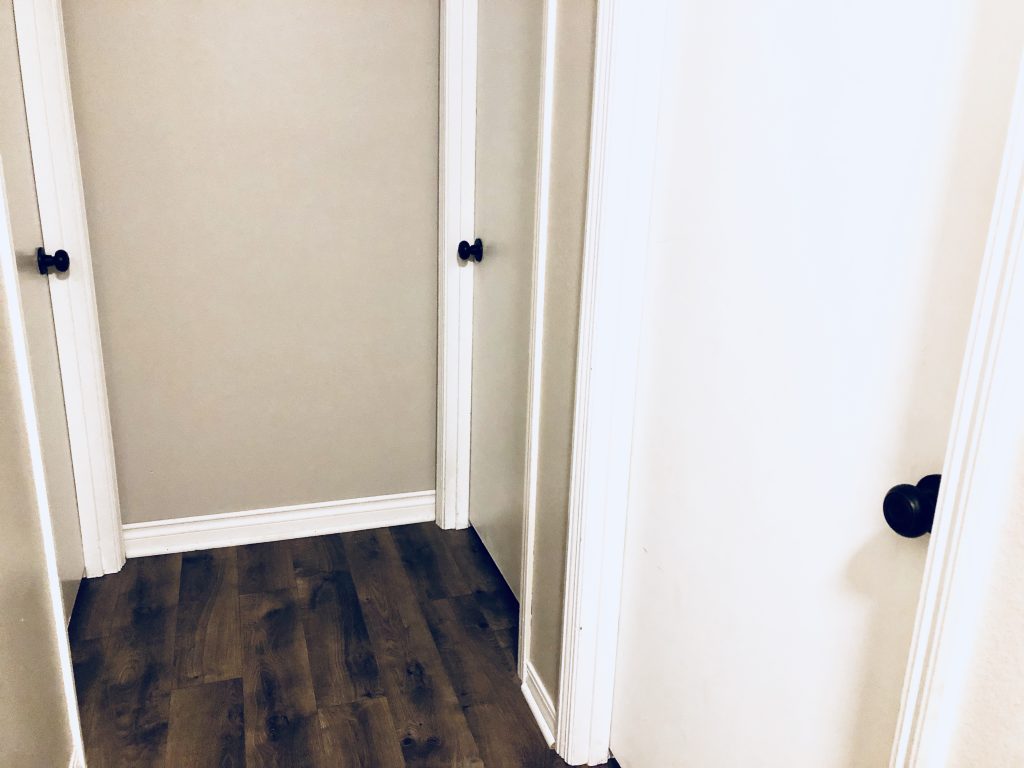 A new roof is somewhere on our horizon… our current one’s not particularly old but the previous homeowners just slapped it atop the previous one rather than stripping it bare and starting fresh. Though not uncommon, that shortcut greatly diminishes the lifespan of a composite roof. We’ll select a sharp, flat black to really make it pop.

One day we’ll have a new kitchen, but these other repairs have been more pressing. We refuse to go into debt over our remodel, so the budget forces us to be patient and prioritize projects. (I admit it’s probably edifying for me to have to deal with a cramped, dingy, & outdated kitchen for a spell– keeps me humble.) We did score a new dishwasher, though, when Firstborn tripped into the old one whilst walking past with her nose glued to her phone.

Sometimes I fear we’ll never be finished with home improvements, the list is still so long it’s easy to forget how far we’ve come… I find it helpful to look back to gain some healthy perspective and appreciate the progress. And I’m forever grateful to Husband for pouring his hard-earned money, blood, and sweat into making this fixer-upper a home! 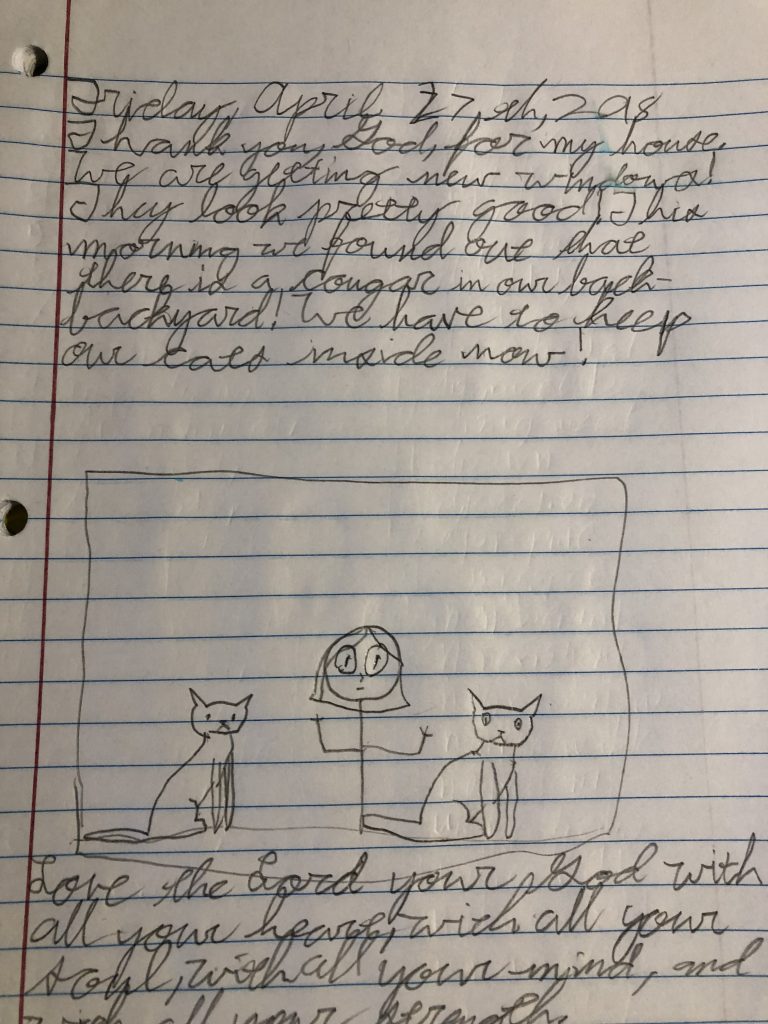 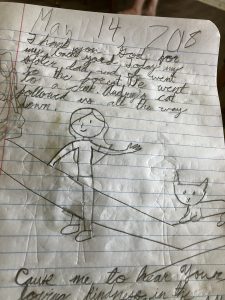 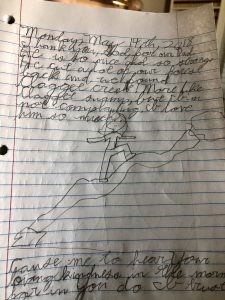 What to Read Wednesday: Mom Life 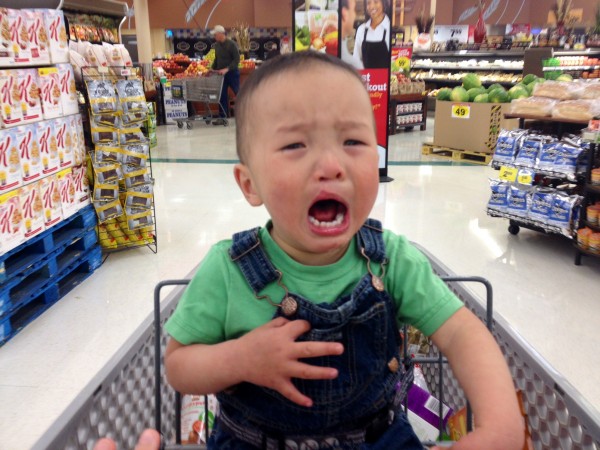 Checkout Line Bullies, and other musings 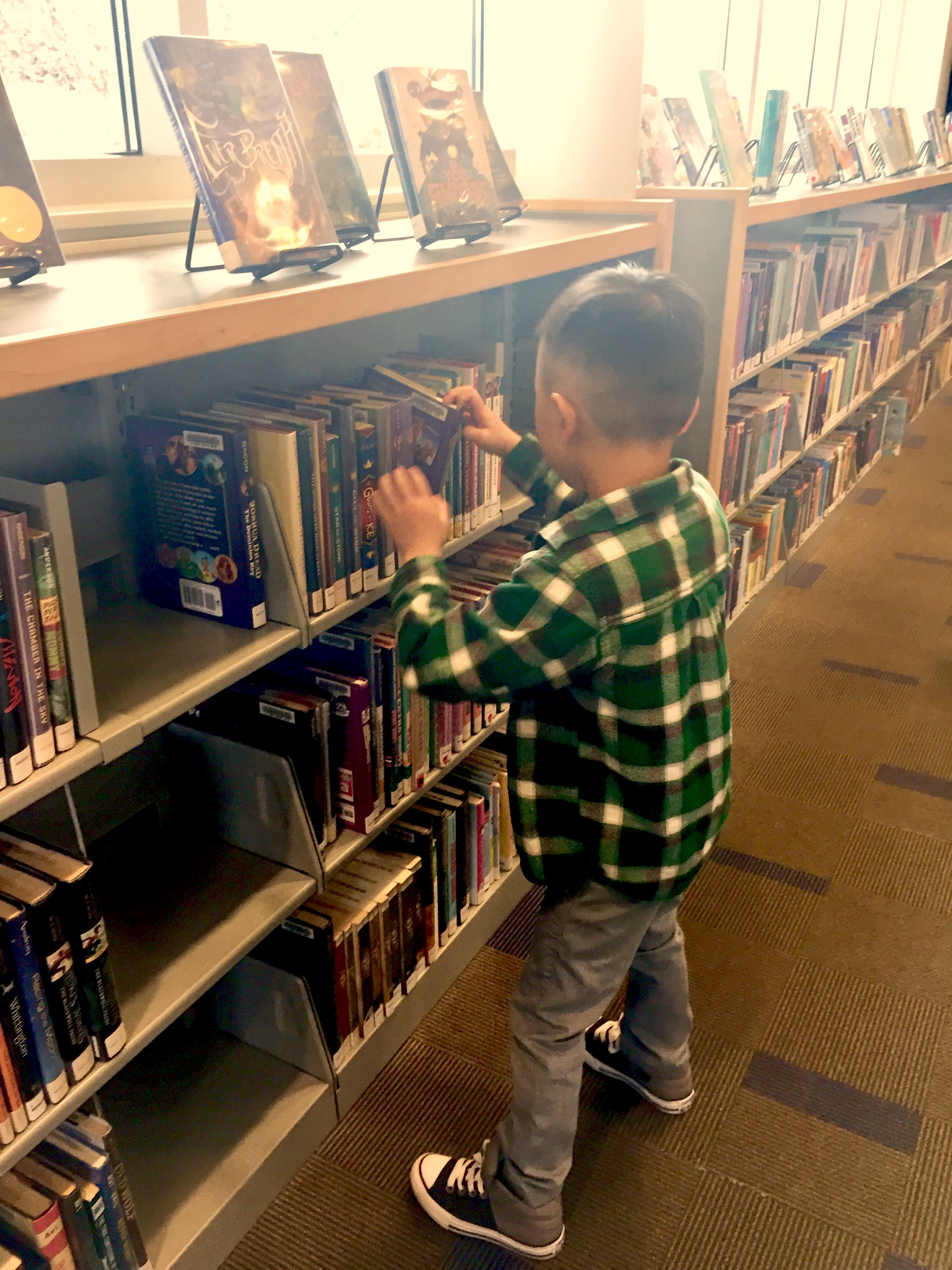 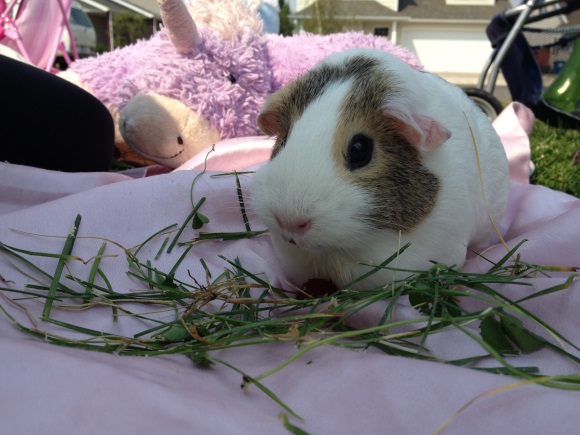